Entrepreneur launches APP that could revolutionise grassroots and academy football

Available now on the Apple and Google Play Stores. The app, iCoach offers an innovative platform for grassroots and academy football coaches to assess their players in line with the Football Association’s, “Four Corner Model”. The model can be applied to all players, regardless of age or ability. Everyone is different and players will have their own individual needs at any point in their development. 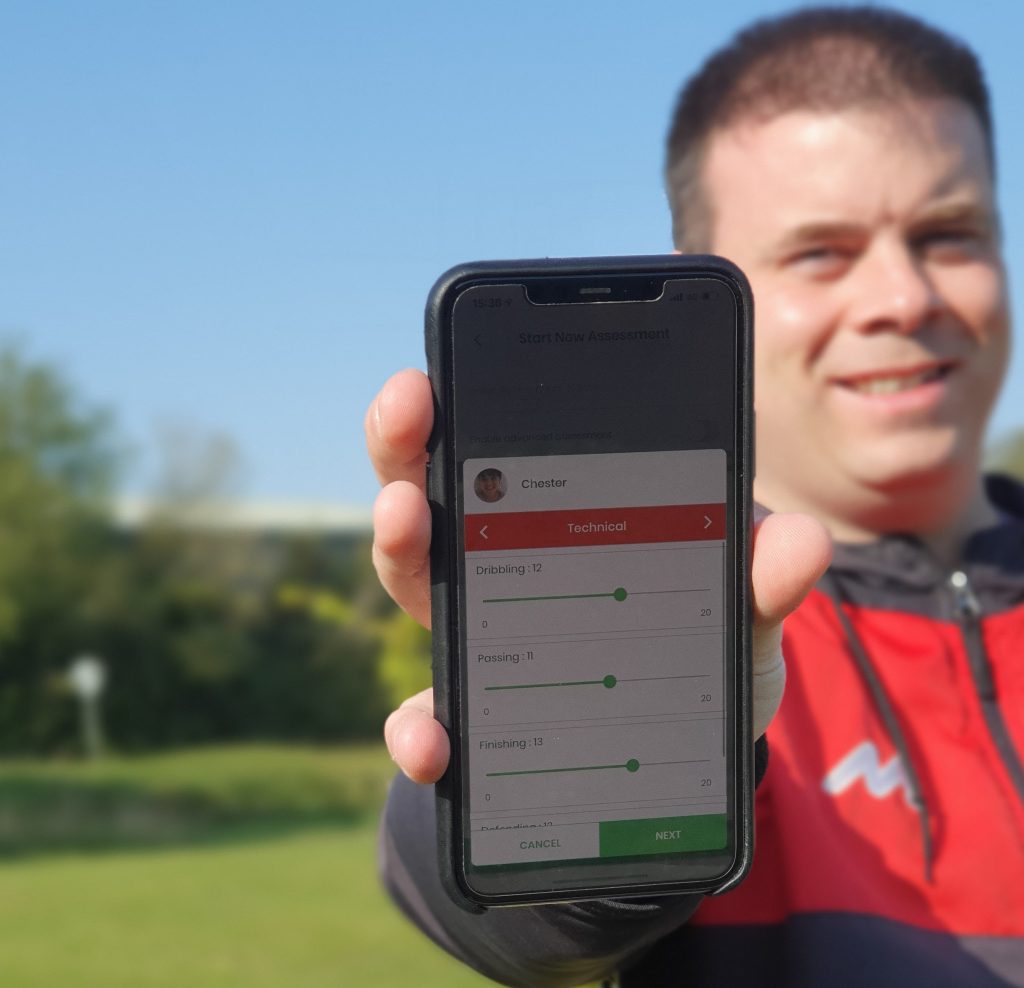 Although coaches are qualified to improve players in accordance with the model, there has been no way to monitor or assess player progress in line with the model until now.

Paul Cooper who has qualifications in coaching football and talent identification is hopeful his new app, will become a “one-stop shop” for fellow football coaches not just in the United Kingdom but worldwide.

iCoach is the dad-of-one’s latest mobile app to hit the Apple and Google Play Stores.

Paul, left his policing career in 2016 as he was able to forge a new career in the world of digital. Working more sociable hours also allowed him to gain his qualifications in coaching football. He became a coach at Langtoft United, Lincolnshire in 2017. He went on to become Head of Youth Development and Club Secretary.

Paul whose app, Pocket Sergeant has won a number of business and innovation awards in previous years said: “The importance of the FA’s Four Corner Model is drilled into new and existing coaches in the UK. The model encompasses four key factors that are vital for developing young footballers. Physical, Technical / Tactical, Psychological and Social. These are broken down further into more specific attributes.”

“Whilst the Four Corner Model is used in many parts of the world, there has been no real way of grassroots coaches assessing their players to see where they are excelling or lacking.”

iCoach allows coaches to add their players and assess them regularly by allocating scores for each attribute. The app allows users to compare scores to previous assessments and will inform the coach of their most developed, least developed and fastest developing player.

Paul came up with the concept two years ago and added the model to a Microsoft Excel spreadsheet.

He said, “Screenshots of the player assessment tool were placed Langtoft United’s Facebook page and my phone went crazy. Notification after notification – hundreds of coaches from all over the world were inundating the Facebook page with their email addresses. They all wanted a copy of the tool for them to be able to assess their players. I even had a professional football club reach out and ask for a copy!”

The coronavirus pandemic led to the UK wide postponement of all football. However, this has allowed Paul to add further features and functionality to the app prior to release. Coaches can spend many hours planning their sessions. One of the newer features is a video library that brings content into one place and is categorised.

He said: “I have received so much positive feedback from coaches who are using the iCoach. Like my Pocket Sergeant app, iCoach is going to be very much user-led. Coaches will help the app evolve. Already, the iCoach community have come up with some great ideas.”

iCoach is available on the App Store and Google Play Store and is priced at GBP4.99.