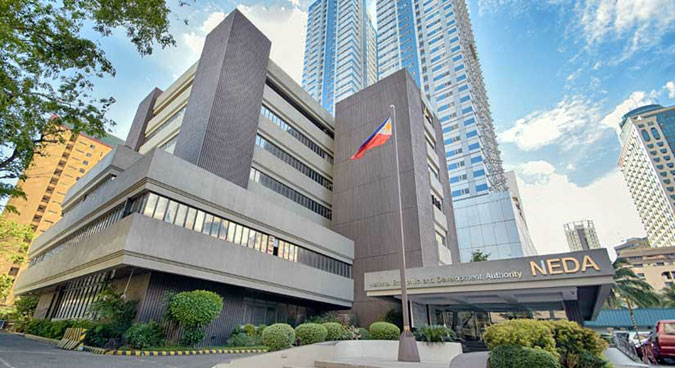 THE National Economic and Development Authority (NEDA) said the price reductions brought about by the Rice Tariffication Law will help reduce poverty and boost growth, noting that the staple forms a significant portion of the food basket for poor households.

Acting NEDA Secretary Karl Kendrick T. Chua said in a webinar on the Rice Tariffication Law Thursday that the long-term benefits of Republic Act 11203, which eased import curbs on rice which then had to pay tariffs of 35% on Southeast Asian grain, are “critical” to keeping the poverty rate within the agency’s target range of 15.5-17.5% in 2021. Poverty is expected to increase this year due to the economic downturn.

He said cheaper rice is likely to have a positive impact on poor Filipinos while wealthier households will remain largely unaffected. The staple accounts for 30% of spending by poor households.

“The law also increases availability and access to more affordable rice, so that per capita consumption of rice and daily calorie consumption are expected to improve, contributing to better food security and nutrition for the country,” he said.

Citing a joint study by NEDA and IFPRI, he said the law is expected to increase gross domestic product by 0.13 percentage points in 2025 as it is expected to contribute to growth and structural reform in the agriculture sector.

He said the study also projected a reduction in the number of people who are at risk of hunger and malnutrition as the direct result of the greater availability of rice at lower cost.

“As we wait to realize these long-term gains, we encourage everyone in the rice sector to cooperate and give information to our implementing and law enforcement agencies regarding uncompetitive trade practices of private traders. We all need to work together on this issue. Like any investment, let’s give the law some time,” he said.

At the forum, National Scientist and former president of the University of the Philippines Emil Q. Javier said the liberalization of the rice market would have “permanent and continuing benefits,” but the impact varies depending on the sector.

“In any market liberalization move, there are winners and losers, consumers will be among the winners with cheaper rice, but the impact is still incomplete since the decline in price was only marginal and not commensurate to the decline in palay farmgate prices,” he said.

Meanwhile, he said the so-called losers are the majority of rice farmers, who will not receive the free machinery, seed and other benefits from the Rice Competitiveness Enhancement Fund (RCEF), one of the law’s components.

The tariffs collected from imported rice provide P10 billion per year to the RCEF.

Mr. Javier said the benefits provided under RCEF should have been focused on providing cheap and accessible financing to farmers and funding crop diversification and multiple cropping programs for the most farmers possible. — Beatrice M. Laforga