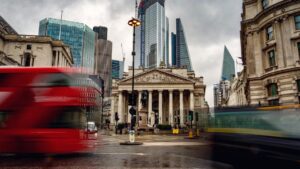 It is understood that small firms that successfully received a bounce back loan from non-bank lender Tide are struggling to secure further loans to cope with the second lockdown after the finance company ran out of funds in the summer.

Unless Tide can secure fresh private investment or cheap funding for loans that are only available to licensed banks, it will remain closed to new business and the small firms affected must find alternative funding.

If Tide fails to find new backers, attempts to secure a loan are likely to be fruitless as most accredited lenders have completely shut to new customers.

The Treasury’s bounce back loans scheme (BBLS), which has so far doled out £40bn to 1.3m firms, has already come under fire from an all-party parliamentary group after it found that around 250,000 small and medium-sized businesses could have been locked out of the first scheme because they do not bank with any of the 28 accredited lenders.

Business groups said they were concerned that if the number of accredited lenders shrinks, as seems likely, the number of businesses unable to access funds from the second round will be even higher.

British Chambers of Commerce co-executive director, Hannah Essex, said: “Banks, regulators and the government must work together to ensure firms who previously applied to non-bank lenders are not denied the cash they need to get through a difficult winter.”

Mike Cherry, chair of the Federation of Small Businesses, said it was important that struggling businesses are given access to much-needed funds. “Given that many firms applied for bounce back facilities at a time when the extent of disruption was so unclear, it’s vital that the roll-out of the top-up initiative is a success.”

Tide – a non-bank lender – managed to hand out £50m worth of bounce back loans earlier this year, but halted lending in July when it failed to secure extra funding from investors. It is now reviewing formal documents linked to the scheme, and trying to figure out how it might finance the top-ups promised by the UK government last week.

Under the Treasury’s new rules, small businesses that have already received a loan– but failed to ask for the maximum allowance when they first applied – can request a top-up in light of new lockdown measures. The total loan can be worth 25% of annual turnover, worth up to £50,000.

The extension, which is expected to launch by Tuesday this week, will be a lifeline for small businesses across the UK during the new lockdown.

The British Business Bank, which is in charge of administering the emergency loan programme, said: “Lending decisions under the bounce back loan scheme are fully delegated to the accredited lenders. If a lender does not have the capital to support continued funding of new BBLs or top-up BBLs, the British Business Bank is not in a position to force them to lend.”

“We are unable to comment on commercial discussions with our delivery partners, but expect most borrowers to be able to start applying for top-up BBLs early next week, subject to meeting eligibility criteria.”

Tide is a non-bank lender, which means it does not hold deposits, and instead has to rely on money raised from investors to package into loans. Tide also does not qualify for the Bank of England’s term funding scheme aimed at small business lending, which has made it easier for banks to borrow cash to fund bounce back loans, which come with a flat interest rate of 2.5%.

Tide said in a blog post in August that it “continued to ask” the government for access to Bank of England loans to fund further bounce back loans.

Commenting on the new rules, Tide said in a statement: “We are aware of the announcement that firms will be able to request top-ups … However, Tide has not yet received any official communication and so cannot comment further at this point.”

Coronavirus curbs should be over by Easter after Oxford vaccine breakthru

Philippines in advanced talks with AstraZeneca for vaccine

BubbleXT Review – Why this broker should be on your radar

Is no exam life insurance really that expensive?

Digital Signage: A safe and effective way of communicating with your audience

Everything you need to know about 0% car finance