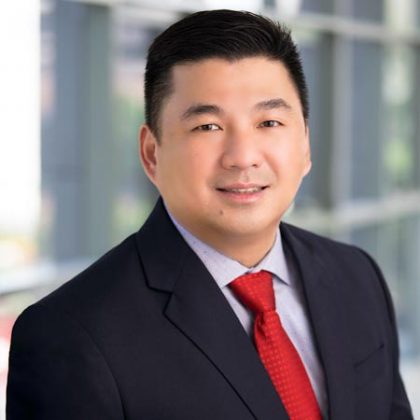 LAWMAKERS on Tuesday questioned the technical capability of a subsidiary of Udenna Corp. to participate in the Malampaya offshore gas-to-power project, whose operator signified its intention to sell its stake in the country’s sole natural gas field.

In a Senate hearing, they asked whether Udenna unit UC Malampaya Philippines Pte. Ltd., which is among Davao City businessman Dennis A. Uy’s growing business holdings, possessed the technical requirements and experience in the oil and gas industry.

“It is also an interest to us to understand who will be the new owners, and if the new owners will have the technical capability [and] experience to operate such a complicated asset… This transaction affects the consumers because of its magnitude,” said Senator Sherwin T. Gatchalian, chairman of the Senate energy committee.

In September, Mr. Uy’s holding firm Udenna revealed its plan to fully take over the operations of the Malampaya project located off the coast of northwest Palawan. This came after operator Shell Philippines Exploration B.V. (SPEx) disclosed its plan to sell its 45% interest in the project under Service Contract (SC) 38.

The Davao-based group had said that the remaining consortium members – UC Malampaya and the Philippine National Oil Co.-Exploration Corp. (PNOC-EC) – were the “logical choice” to acquire the SPEx stake to ensure the project’s continued operations. The offshore gas platform supplies around 21% of the country’s electricity needs.

The Udenna unit previously acquired the 45% stake of the Philippine company of US energy group Chevron Corp. through a transaction in October last year which Department of Energy (DoE) Assistant Secretary Leonido J. Pulido III disclosed during the hearing as costing $565 million or around P27.3 billion.

Mr. Pulido said that although UC Malampaya submitted all the requirements, the Energy department is still in the process of evaluating its financial capability based on filings on Oct. 28.

Mr. Gatchalian said that since the DoE has the final say in the deal between Chevron and Udenna, the subsidiary could be “potentially disqualified because of its technical inadequacy.”

In turn, this could affect the country’s energy security because it has a stake in a platform that supplies about a fifth of the country’s power grid, the senator said.

Mr. Pulido said: “We understand the concern regarding the technical capability of the operator, but in this case, the consortium has an operator. So even if, in the event, whether likely or unlikely, the Department of Energy disapproves the sale between Chevron and Udenna, Shell Exploration (SPEx) is still there as the operator so the technical capability remains intact.”

Mr. Gatchalian also questioned the Udenna unit’s experience in the oil and gas sector as its corporate papers showed that it was established only last year.

In the event that the Energy department will not approve of Udenna-Chevron’s share purchase agreement, an official of UC Malampaya said the company would challenge the denial.

“We will challenge it. Despite the change in parent company ownership, Udenna remains true to its vision to ensure that we continue to operate and support the consortium,” said Belinda Racela, the Udenna representative and president of the UC38 LLC, which now has the stake held by Chevron.

“We have submitted all of our technical capability [to the DoE]. They can see that all members of UC38 LLC are technically capable…. Udenna [also] has experience in upstream energy,” she said during the hearing.

Asked about the sources of financing in UC Malampaya’s acquisition of the 45% Malampaya project stake, Ms. Racela said that, to her knowledge, the unit did not secure direct funding from any foreign investor.

In a statement issued shortly before the hearing, Mr. Gatchalian, along with Senate President Vicente C. Sotto III and Senator Panfilo Lacson pointed out that Malampaya faces a number of issues, such as the “lack of direction from the government on SC 38 given its expiration in 2024.”

In March, Udenna announced that its unit completed its acquisition of the 45% stake in the project, which fuels five power plants in Luzon with a combined capacity of 3,200 megawatts. — Angelica Y. Yang