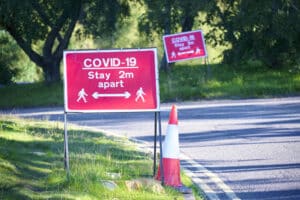 With the first UK lockdown coming with little advanced warning, furlough and other Government financial support schemes were initiated quickly and not a lot of guidance was readily available on the finer details.

It was several months before the technicalities of holiday pay, and holiday accrual was properly understood, and even now, a great many smaller employers who have become reliant on ‘free’ advice from blogs and forums are still unaware of certain legal obligations and responsibilities.

There is a misconception that regulations and initiatives relating to Covid supersede all other contracts and this is not the case. Employment contracts, as well as Health and Safety responsibilities, remain a legal liability for the employer. This includes ensuring that your employee’s home workspace meets the same risk assessment standards as they would in the office; sending a member of staff to work from home, without a desk or suitable chair could result in legal claims made against them for injuries sustained as a result of unsafe working conditions.

Breach of contract during furlough could be the next legal boom

Claims for Breach of Contract during furlough periods might very well become the new ‘mis sold PPI’ over the coming years, as employers have failed to recognise the requirement to seek written agreement from their furloughed employee that they will be paid 80% of their salary, and not the 100% as agreed in their contract of employment. Failure to demonstrate mutual agreement to this change, exposes the employer to a claim for Breach of Contract with the employee seeking to recover the remaining 20% of their contracted salary.

Speaking to Victoria Hodkinson of TEN Legal Solicitors, she told us that their Employment department has received an unprecedented number of enquiries from employers over the last two months who have realised only now, that they breached their employees contracts as far as back as April and are seeking advice on how to resolve the situation before they are potentially faced with legal claims.

“We have been working on a lot of Compromise Agreements with employers. Historically, these were most frequently used by larger companies who were making multiple redundancies and wanted a ‘belt and braces’ approach to cover themselves if anything had been overlooked. But this year we are seeing more small employers – with only a handful of employees, looking to mitigate their risk of litigation if it was later discovered that they accidentally breached their contracts with their staff.

We have also seen a rise in enquiries where employers have had claims made against them because they have reduced an employees pay without the correct processes followed, as well as mis-handling of maternity and sickness, and a lot of enquiries where employees have not received the expected sum of holiday pay after they were made redundant. While employers can request that their staff take holiday while furloughed, they must top-up their pay to 100% for the days taken as holiday and many employers have failed to do this.

We don’t want to see a burst of claims against employers; running a business in the current climate is already extremely difficult and struggling businesses don’t need the burden of litigation added to their troubles. It would be preferable if those employers who may have left themselves exposed to claims were to seek legal advice sooner rather than later, and resolve the situation for what might cost a few hundred pounds instead of thousands”.