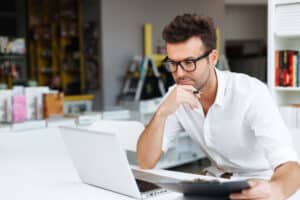 A government jobs scheme for young people has helped to create more than 19,000 work placements so far, the Treasury has said.

Many of the participants are due to start this week, after the Kickstart scheme was announced in July.

Young people have been among the worst affected by rising unemployment due to the coronavirus crisis.

The scheme is one initiative aimed at alleviating long-term youth joblessness.

Employers are cutting hundreds of thousands of jobs as the coronavirus crisis continues to shake the UK economy.

And the unemployment rate among young people is far higher than the overall rate of 4.8%, reaching 14.6%.

For young people in sectors hit particularly hard by the coronavirus crisis, like hospitality and High Street retail, the problem is that “there are simply no vacancies available”, said Kathleen Henehan, senior economist at the Resolution Foundation think tank.

“What few job vacancies there are tend to be concentrated in sectors like healthcare. Making the career jump from hotels to healthcare is tough at the best of times, let alone during a recession,” she said.

Ms Henehan praised the Kickstart programme as a “route to getting young people valuable paid work experience at a time when job opportunities are few and far between”.

“Kickstart gets to the heart of one of the biggest problems that arises from economic crises – the risk of long-term youth unemployment,” she said.

But she said that other efforts will be needed to address the wider problem of youth unemployment, which could exceed one million. These include companies investing in new jobs and ensuring apprenticeships and training opportunities go to young people.

The Kickstart scheme is open to 16-to-24 year olds who are claiming universal credit.

The £2bn programme aims to create 250,000 work placements, with scope for more if the initiative is a success.

It opened for applications in August, and began last week. It will run until December 2021 – with the option of being extended.

Employers who have signed up include Bloomberg, Network Rail, and KFC, the Treasury said.

Under the scheme, the government covers 100% of the age-relevant National Minimum Wage for 25 hours per week, plus pension and National Insurance contributions.

Employers also get £1,500 to set up support and training, and to pay for uniforms and other costs.

Previous government jobs schemes have been criticised for giving firms cheap labour which allows them to get rid of more expensive staff.

However, under the Kickstart scheme, employers have to prove the placements do not replace existing jobs.

Ms Henehan said the government should closely monitor whether the scheme is displacing established employees as more firms sign up.

When the scheme was launched, some concerned about how small businesses would be able to take part due to a stipulation that employers needed to provide at least 30 placements.

However, the Treasury said that more than 500 “gateways” – organisations that act on behalf of employers with space for 29 or fewer placements – had signed up.

The British Chambers of Commerce (BCC) praised the scheme, but said the application process needed to be easier to encourage more businesses to participate.

“Rooted in local business communities across the UK, Chambers are playing a leading role in connecting businesses with young people to create long-term quality employment opportunities. They will want to see the application process simplified,” said BCC director of policy James Martin.