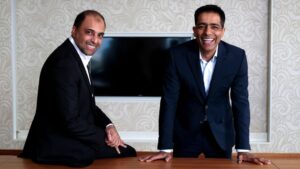 The new owners of Asda have raised hundreds of millions of pounds by selling a stake in EG Group, the petrol stations company.

The brothers Mohsin and Zuber Issa, who founded the business that now owns nearly 6,000 petrol stations and who bought the UK supermarket chain from Walmart, the American retailer, for £6.8 billion last month, are selling minority stakes in the business to Canada’s Alberta Investment Management Corporation, owner of London City airport, and PSP Investments, the pension fund for Canadian public services including the police and army.

The Abu Dhabi Investment Authority will top up its stake in the EG holding company structure. The deal will value EG at more than $20 billion, including debt, according to Sky News.

The stake sale came as the private company yesterday reported a 2.8 per cent fall in third quarter revenue to $5.7 billion compared with the same period last year as like-for-like sales slipped by a fifth. However, earnings before interest, tax, depreciation and amortisation rose 90.5 per cent to a record $478 million. Net debt increased to $8.5 billion from $7.1 billion in the comparable three months in 2019.

EG, which is registered in Jersey and is planning a possible £10 billion stock market listing next year, also appointed John Carey, a former BP executive, as an independent non-executive director with immediate effect.

The company, jointly owned by TDR Capital, a private equity group, and the billionaire brothers, has been criticised over its governance structure and said it is looking for other independent directors and a non-executive chairman.