In support of the government’s on-going Build, Build, Build program, Meralco’s top executives, along with representatives from key stakeholders such as DPWH and NLEX Corporation, visited and inspected the major portion of the pole relocation activities for the NLEX-SLEX Connector Road construction site along various streets in Sta. Cruz Manila, on the evening of October 29. Despite working constraints caused by the pandemic and the effects brought about by typhoon Quinta, Meralco delivered on its commitment to this project, in partnership with NLEX Corp and DPWH. 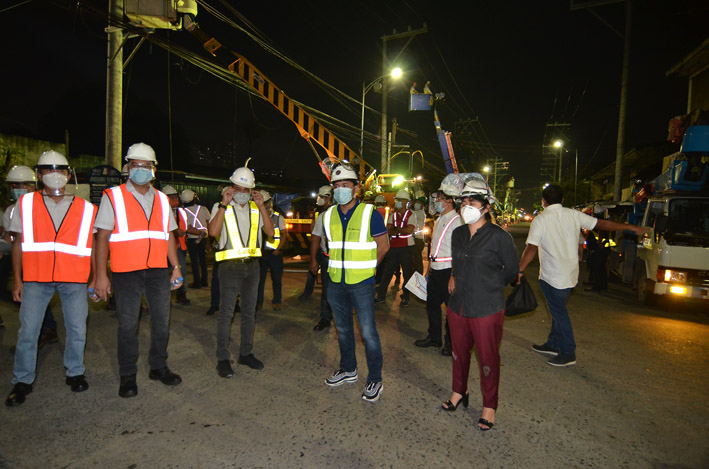 Seen in photo are (from L-R): Meralco executives, Ferdinand Geluz, FVP, and Chief Commercial Officer and Ronnie Aperocho, SVP and Head of Networks; NLEX Corp. COO, Raul Ignacio; DPWH Secretary Mark Villar and Chairperson of the Build, Build, Build Committee, Anna Mae Lamentillo on-site during the relocation of the Meralco electric facilities which would ultimately pave the way for the speedy completion of the said vital infrastructure project which is an 8-kilometer all elevated 4-lane toll expressway connecting the NLEX to the Skyway Stage 3 and will benefit at least 35,000 motorists/vehicles per day, reducing travel time from SLEX to NLEX from 2 hours to just 20 minutes. 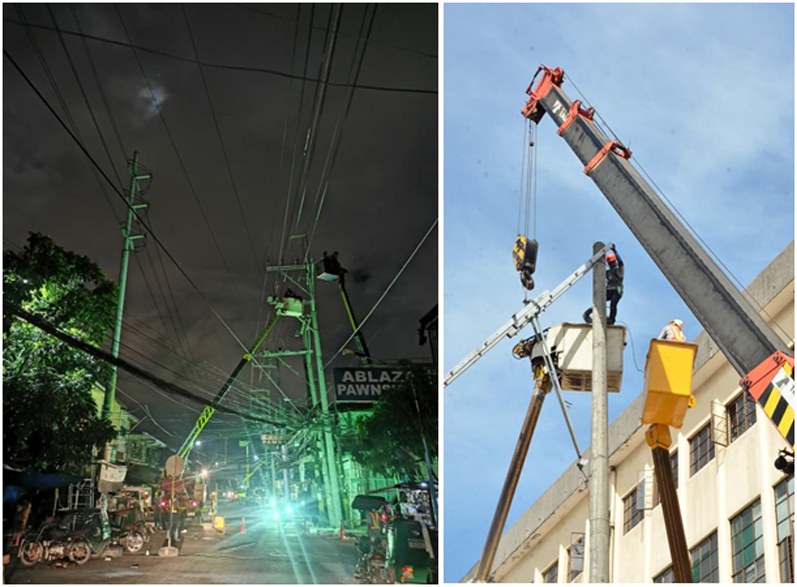 Several Meralco Networks crews, as shown in the right photo, are seen working double-time to clear the electric facilities affected by the construction of this infrastructure project. This consolidated one-time big-time interruption work involved322 personnel and 68 various line construction equipment and vehicles as they worked on the installation of 104 new poles, 32 spans of XPLE power cable, 78 spans of tree wire, and the retirement of 57 poles.