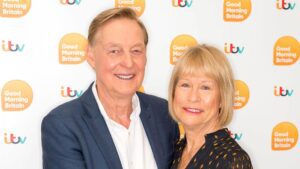 The founder of the UK’s largest independent travel agent, Hays Travel, has died after collapsing at the firm’s head office.

John Hays was the managing director of the Sunderland-based firm, alongside his wife and co-owner Irene.

It famously took on more than 2,000 former Thomas Cook employees when that company went bust in October last year.

Mr Hays died “while doing the job he loved” and was “held in immense respect” by staff, a statement said.

The company has been in business for 40 years.

In a tribute to Mr Hays, the firm said: “Throughout this past difficult year he did everything in his power to save jobs and protect the travel industry.

“He was held in immense respect by his staff, colleagues, family and friends and was recognised throughout his life for his many achievements.

“He was equally proud of his loyal staff.”

Julie Elliot, Labour MP for Sunderland Central, described him in a tweet as a “lovely man and inspirational business leader”.

Sunderland Council, which awarded him Freeman of the City in 2016, described his death as “a great loss”.

Councillor Graeme Miller, leader of the council, said: “He was always very loyal to Sunderland and the North East as the company kept its roots here, its HQ did not move London.

“Whether it was promoting apprenticeships or his involvement with Sunderland AFC… he remained very true to his roots and his community responsibilities.”

He described the purchase as “a game-changer” which almost trebled the firm’s number of shops and doubled its workforce.