Reinventing your career during coronavirus: Study ranks the most lucrative languages to learn in 2021 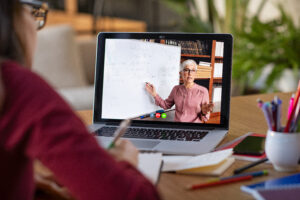 An analysis by Preply reveals the top 10 most lucrative languages to learn in the United Kingdom according to the average wage of fluent speakers, with Arabic ranking first place

Preply, the digital learning platform, has released a study that reveals the most lucrative languages to learn in the UK according to average wages, taken from the job search portal Adzuna. As the world globalises and English becomes the standard language of work, knowledge of regional languages, particularly Arabic and Mandarin, remains an exceptionally useful tool. This study helps ambitious language learners looking to boost their career, decide where to best focus their energies.

The average wages for 10 different languages in the UK were analysed by investigating the highest paying jobs that require each respective language. Out of the languages researched, Arabic speakers boast the highest potential earnings, while Polish speakers have the lowest potential earnings. In fact, Arabic speakers in the field of Teaching and IT could earn up to £52,806, which is almost double the UK national average salary of £29,600. French and Spanish rank in fifth and sixth place respectively for potential earnings, with Spanish speaking creatives able to earn up to £40,195, far higher than the national average.

While fewer pupils at school are opting to take  a foreign language at GCSE, the career benefits later in life are difficult to deny. The Guardian reported that in certain fields such as technical support, a foreign language can boost your annual earnings by up to 15%. Learning a second language has also been found to enhance performance at work by improving your ability to concentrate, multi-task and solve problems.

“The benefits of learning a language are difficult to deny, offering improvements in the quality of work, health, and social life. However, finding the time to learn a language can be a challenge. At Preply, we believe online learning can offer everyone the flexibility to fit language learning around their busy schedules, whether it be as a hobby, a health, or a career investment” says Kirill Bigai, CEO of Preply.

The following table reveals The UK’s Top 10 Most Lucrative Languages, ranked according to potential earnings.

The full results of the study can be found at: https://preply.com/en/d/lucrative-languages/select-country.html

Read more:
Reinventing your career during coronavirus: Study ranks the most lucrative languages to learn in 2021