Should India take the gamble? A Look at the economic benefits of online casinos 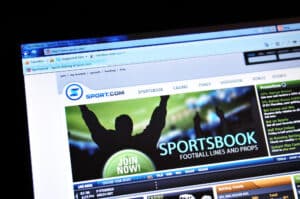 In the UK, gambling is still very much a taboo, inform the neighbour you’re off for a spot of gambling at the bookies and they may slowly and quietly retreat backwards into their house, to suddenly peer through the blinds at you.

Yet, many Britons casually gamble every day through the National Lottery, the Grand National horseracing, and perhaps a visit to the bingo hall once a month. It is ingrained so much into British culture, but it is very British of us to still make it a subject that is not suited for the dinner table.

So, is gambling a cultural issue or political? We can look at India as a prime example of a country either getting it right or wholly getting it wrong. There is no escaping the fact the online gambling now generates colossal amounts of money, but if there is no clear law or program in place, where do all the billions end up?

Unregulated markets that should be supporting the system are costing India £105 million every year. Put this into the hands of the government or authorised regulators, and this could be funnelled back into what is much needed public spending.

Is it time for a rethink India?

How foreign businesses are succeeding inside of India

Currently, all online casinos trading within the borders of India and its states are all foreign. They are licensed by the few governing bodies in existence, like the UK Gambling Commission and Europe’s largest regulator and body, the Malta Gaming Authority. With approval, they found a way to somehow bypass laws that don’t exist, making India one of the fastest-growing online gambling markets in history.

The flaw here is that there is no Indian body in charge of controlling this influx. Like the UK and in Sweden control is in the hands of the government and not in the power of the mere Internet.

The table below outlines the potential losses the Indian government are making in gross revenue tax that could be imposed on foreign casino operators.

Millions of pounds through taxes alone, not to mention the solid job creation that domestic businesses would be able to contribute the economy as well would they be allowed to be established. These two benefits would make a great contribution towards a greater tax income and would result in relieved social budgets.

What the advisors are saying on this matter

Nearly £260 million pounds were invested by venture capital firms into the Indian online gambling market between the years 2014 and 2020. This grew the CAGR (Compound Annual Growth Rate) by approximately 22%. In laymen’s terms, there was a huge investment and greater return as a result.

The report by Maple Capital Advisors published here went on to state that India’s gaming industry was being valued at £700 million pounds. The projected growth to be at 41 percent every year thereafter.

This is a cultural movement, the growth of the middle classes and the rise of Internet access amongst the people. Let us not forget that India has the second-largest count for mobile ownership in the world with 450 million people with potential instant access to an online casino.

The argument can be made that a class system can only rise from political influence, but this is clearly a culture change when people of working-class status are able to afford the risks of gambling online and this movement was never passed down by the political or legal system.

This is still only the beginning for India, habits and influences will change the online landscape over the next 10-years, make no doubts about it. The very same thing happened in the UK and now there are TV adverts 24/7 reminded us of how far we have come as a nation.

India’s Gambling Act of 1867 in a nutshell

Note: This Act has been updated many times since 1867 and still many people in India are confused with what the laws are when it comes to gambling online and inside of land-based casinos.

The argument for accepting or controlling what is happening within India is that control, to a degree, is already taking place by the people. Cricket betting is already hugely popular in India, being the country’s number one sport. By being in the hands of the people, it leads to black markets, unregulated business, and criminal activity. Through official regulation, at the very least, the industry could be monitored more efficiently.
It is reckoned that 80% of adults in India take part in some form of gambling, helping to produce an estimated market value of £60 billion pounds per year!

Now the government can continue to ignore the obvious that, despite it being a political issue, the culture of the people has seemingly already embraced it. What goes unspoken is that foreign casinos are not acting like some modern-day Robin Hood and providing a monetary service above the law, yet where there is no law, to the people. Governments worldwide are fully aware of the process and many do tax these overseas operators so there is some profit being gained.

People will gamble. It is almost inherent for humans to face risk, and gambling inside of online casinos is providing one of those safer risks. Is it wrong for governments to profit? Only if that money is not being funnelled back into society.

The problem is that the gain is so massive, it would become too obvious if it were not given back into the schools, hospitals, and other public sectors that need better care and support.

Read more:
Should India take the gamble? A Look at the economic benefits of online casinos