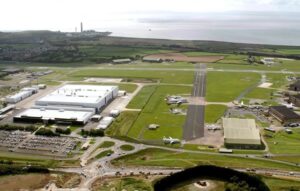 Efforts to build up Wales’s automotive industry have received another blow, after a company seeking to build Britain’s first large electric car battery plant abandoned south Wales in favour of a new location in northern England.

Britishvolt, a startup, said it had acquired exclusive rights to a coastal site in Blyth, Northumberland, because its previously announced preference of the Bro Tathan site in the Vale of Glamorgan, would not be ready to start construction in the summer of 2021.

The U-turn from Britishvolt came in the same week that Ineos, run by the Brexit-supporting billionaire Sir Jim Ratcliffe, confirmed that it would build its new off-road vehicle in France. Ineos had pledged in September 2019 to build the Grenadier – pitched as an heir to the Land Rover Defender – in nearby Bridgend.

The two announcements mean that a small region of south Wales has missed out on thousands of potential jobs, a bitter blow after Ineos and Britishvolt had raised hopes of new automotive employment to replace the US carmaker Ford, which closed its Bridgend engine plant this year.

The Welsh government is seeking reimbursement from Ineos for money spent on early preparations of the Bridgend site, understood to include preliminary work on changes to its road layout and buildings.

In total the Welsh government offered Ineos subsidies worth £7.6m however none of the aid was paid out after Ineos abandoned the plan.

Welsh state aid has achieved one notable success: the government paid £5.6m in aid to Aston Martin Lagonda when it chose St Athan, next door to the proposed Britishvolt site, to produce its make-or-break SUV, the DBX.

A Welsh government spokesman said the automotive sector was “a vital part of the economy” with “a strong infrastructure, industrial and research and development base”.

“We know the sector is going through enormously difficult times and the continued uncertainties of a deal with the EU are prolonging fears for the future especially for those companies in major supply chains,” the spokesman said.

Britishvolt and the Welsh government said the abandonment of the Welsh gigafactory plan was mutually agreed because it would not be ready in time for the company, whose plans for a stock market listing in the first half of 2021 are predicated on producing its first batteries within three years.

Britishvolt aims to raise £2.6bn to build a first factory that would eventually employ 3,000 people to supply lithium ion batteries to the UK car factories. It is an ambitious goal for a startup company going up against large incumbents such as China’s CATL, Korea’s LG Chem and Japan’s Panasonic, as well as European rivals such as Sweden’s Northvolt that have a significant head start.

Orral Nadjari, Britishvolt’s chief executive, in July said Wales had “vast untapped potential” after signing the original memorandum of understanding with the Welsh government. However, the company eventually acquired the Blyth site because of better connections to renewable power sources such as windfarms in the North Sea and an interconnector to Norway’s hydroelectric power.