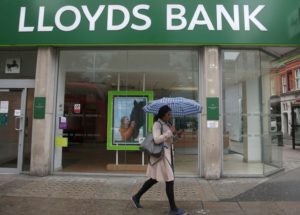 The Black Business Advisory Committee will investigate the barriers to growth for the Black business community, including via rigorous research of the whole business life cycle. The committee will start to share their recommendations and research findings from Q1 2021, and they will underpin Lloyds Banking Group’s future actions to ensure Black led businesses have the best opportunity to start, grow, adapt and thrive.

Ms Reid MBE brings a wealth of experience as an award-winning social entrepreneur, leading PJ’s Community Service which provides essential care services to vulnerable adults and children and education and enterprise support to fledgling businesses. She is also a former advisor to the Cabinet Office on social enterprise and social entrepreneurship.

The Black Business Advisory Committee will comprise of Black founders, business owners and individuals that champion diversity and who have active influence in the Black business community. The committee will also work alongside the Group’s internal Race Advisory Panel of 23 Black, Asian and Minority Ethnic colleagues formed as part of Lloyds Banking Group’s Race Action Plan.

The news comes on the same day that the bank revealed that its black staff are being paid nearly 20% less than their colleagues, as it became the first major UK bank to disclose its black pay gap.

The data, voluntarily published, shows the difference in average pay between Black, Asian and Minority Ethnic colleagues and White colleagues and takes into account all roles at all levels within Lloyds Banking Group. This is different to equal pay comparing the pay received by colleagues performing the same roles at the same grade.

Fiona Cannon, Lloyds Banking Group Sustainable Business Director, comments: “The UK’s Black community has been underrepresented in boardrooms and within the broader business landscape for far too long. It’s time for change. We know we still have a long way to go and as one of the UK’s largest organisations we have a responsibility to do all that we can to ensure the business community is representative of the country we’re proud to be a part of.

“The Black Business Advisory Committee will provide us with honest, direct feedback and direction on the steps we can take to address the challenges faced by the Black business community. With these insights, and working together with our partners, we stand ready to support Black-owned businesses.”

Claudine Reid MBE, Black Business Advisory Committee Chair, adds: “Disappointingly, the number of  Black FTSE 100 CEOs, CFOs or Chairs has fallen to 0.7%1 and, as a recent report by the British Business Bank has shown, Black business owners also face challenges when it comes to starting up and growing their business. The proportion of Black business leaders in the City and the barriers faced by Black business owners across the country undermines the important role the Black community plays in the UK’s ongoing social and economic life.

“I’ve taken on this role to help the UK’s largest financial services group on its journey of change and transformation. It’s become clear to me that Lloyds Banking Group is not simply paying lip service to issues relating to Race but is ready and willing to learn, develop and lead in improving Black representation in business.”