Can 2021 see more growth in the online bingo market in the UK? 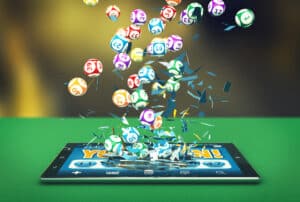 For years, bingo was considered a pastime for the elderly. It was particularly popular during the 60s and 70s where purpose-built bingo halls existed all over the UK.

Now Bingo is More Popular Online, Will it Continue to Grow this Way?

The history of bingo has origins in 16th century Italy. On migrating to France, it was not long after that it made its way to the UK in the 18th century.

The modern version of bingo as we know it today emerged from carnivals and fairs of the 1920s. While the modern bingo card came into use from 1942.

When the Betting and Gambling Act 1960 was brought in, it was then legal to award large cash prizes for bingo games.

Bingo as a game took a hit in the 90s when the National Lottery was launched. Then in 2007, it suffered once more as a result of the smoking ban.

Nevertheless, thanks to tax cuts in 2014, the game made a comeback, particularly online. The first ever bingo site launched in 1996 and the popularity of online bingo has grown ever since.

The Growth in Online Bingo

By 2013, the online bingo market was worth an impressive £259 million. Today, it’s now worth in excess of one billion pounds.

With this in mind, why do so many people now play bingo games? Firstly, online bingo is incredibly sociable. There’s no requirement to sit in silence, unlike in a bingo hall. Meaning players are free to chat while taking part. Online bingo sites have created chat rooms, so people can talk to other players, and have the opportunity to make new friends. Many players tend to also congratulate the winner, giving a sense of community on the site.

A lot of online bingo sites have chat rooms where players can chat throughout the game, keeping the social aspect of bingo.

Online bingo is quicker than the average game of bingo as play is automatic. Unlike a bingo hall where you have to mark each number off a bingo card with a bingo dabber. It can be difficult to listen out for numbers being called as well when playing at a traditional establishment. But online, numbers are auto registered, so players won’t miss anything.

They can even multi-task as they play their game!

Online bingo is also fun. In fact, many people simply enjoy it as a hobby rather than using it as a way to make money. Ultimately though, because it’s a game of chance, punters are more likely to spend more than they actually win.

Online bingo is very convenient. Rather than having to head out to a bingo hall, players can participate in the comfort of their own home. It’s also potentially cheaper this way, as players aren’t spending money on refreshments or food.

Online bingo is also more varied. Many sites offer several different bingo games to make sure there is a game suited for every player.

Contrastingly, in a bingo hall, only one game is usually played at one time.

Will Bingo Get More Popular this Year?

Potentially, yes! Each year, more and more providers are entering the market. Additionally, technological improvements are helping to make the game even more popular.

A quantum computer became available in 2019 which uses quantum mechanics to improve processing power. This device is able to solve a problem that a normal computer couldn’t solve in just 200 seconds.

New smartphones are also being released all the time or being developed. For example, the LG Wing, a phone with a swiveling feature and a number of screens. There is also the Samsung Galaxy Folds and Surface Duo, as well as roll-able and foldable phones.

This may well have a positive knock on effect on people being able to access gambling websites more often. Improvements to home WiFi are also occurring, which could make the experience of using online bingo sites much better.

With different technologies being introduced, the online bingo market could see a huge growth if these technologies are used by bingo providers.

Bingo. The Past, the Present and the Future

Bingo is different now to what it was like when it was played in UK bingo halls throughout the 60s and 70s.

Events such as the smoking ban in 2007, plus heavy taxation, has caused them to decline. Many have even been forced to close their doors for good. This has been good news for online bingo. Rather than being perceived as a pastime for the elderly, it is now played by all different age groups and genders. In fact, over three million players are registered here in the UK.

The online market is now worth over one billion pounds.

So, why has online bingo become so popular?

Firstly, it’s easier for players to socialise online thanks to chat rooms. Game play is quicker, the experience is considered fun and more games are offered than a bingo hall.

Also, players value being able to participate in the comfort of their own home. They can also save money through not having to pay for refreshments and food.

With technological development happening all the time, online bingo is likely only to become even more popular in future. New devices are always being released or upgraded, while things like home WiFi are making the online experience quicker also.

Read more:
Can 2021 see more growth in the online bingo market in the UK?