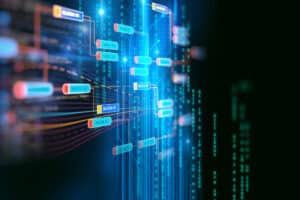 When the general public of a country begins to question the integrity of elections and the power of the government to uphold democracy, the introduction of a new voting system might be the solution.

In today’s era, voter frauds and external interference in country voting have led to widespread panic in the hearts of people.

Violation of human rights, blockage of basic freedoms, and the excessive greed of the politicians in power have led people to doubt the integrity of the present voting system. After all, how much hard could it be to influence or shift the election?

In order to combat the rising fears and restore faith in democracy, the notion of a blockchain voting system is gaining huge popularity. But, the concept is still in the nascent stages and is still a long way to go before it can even have the possibility of being implemented. However, the good news is the viability of the option and the fact that there is a distinct alternative in existence. For more information visit Bitqs.

The system uses a particular server architecture that is integrated with the blockchain system. Here, the nominal requirements included the usage of a computer or a smartphone along with the internet connection and webcam. For those who do not have these arrangements, they can vote in polling booths or cyber cafes.

There are mainly four parts associated with the Blockchain voting system. These are –

With the aid of a computer, laptop, or smartphone, internet connection, and webcam, the user can register and put the vote. If they do not have these, they can visit public buildings, voting booths, and internet cafes.

The Arbitration Server or AR is a bridge that connects the user with the Blockchain voting system. It not only ensures the user verification while voting but also ensures that the vote of the user reaches the blockchain node safely. Moreover, it also sends a key to the user for encryption of the vote. Also, voters can verify the vote they have cast with the aid of AR.

The Authentication Server or AS is the system where people make registrations for voting. Here, people can make login accounts, which open accounts in the blockchain system. Then, it uses the Blockchain account to vote as per the choice of the user.

It is here where voting occurs. When the vote of the user is sent to a particular node, it makes the addition of the vote to the blockchain. However, it is mainly dependent on smart contracts. The smart contracts are basically the rules which the node follows to verify and add votes.

How can voting be done with the Blockchain voting system?

Voting via the Blockchain voting system can be done with relative ease. The steps are surmised below.

The AS has a database that contains details about the voters. Firstly the users have to visit the AS and enter the required PII (Personally Identifiable Information) along with scanned documents, email address, and the picture of the user for verification. If the details are verified to be correct, then you can create an account. The username and the password remain in a varied storage place for anonymity and privacy.

The voting process consists of multiple steps and is quite complex. You have to start with the verification of self with the assistance of AS. Then, you have to vote with the help of AR. On the voting day, all the candidates are provided with a blockchain account where they will get the votes the users cast.

Verification of the votes

Through the smart contracts, election results can be declared instantly. The results are made visible for all via the public system of blockchain.

The truth is that the current voting system is imperfect at best. It is easily influenced by external factors and has the ability to create massive political unrest across the globe. For democracy to thrive, a transparent and reliable voting system is vital. Using the Blockchain voting system offers authenticity, transparency, auditability, and privacy regarding voting. If designed with precision, it has the potential to change the voting scene as we know it.