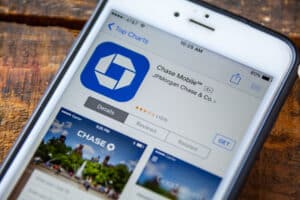 JP Morgan plans to start a digital banking business in Britain, pitting it against the start-ups Monzo and Starling as well as Goldman Sachs, its Wall Street rival.

The lender, which is America’s biggest bank, said yesterday that a mobile banking app for consumers will launch in the UK under its Chase brand in the coming months.

It will start by offering a current account and debit card, although it is understood that JP Morgan aims to offer other products to British customers, including credit cards.

The announcement caps months of speculation about its plans for a bank in Britain. It will go up against the popular digital-only banks Monzo and Starling as well as Goldman, which launched its Marcus business in the UK in 2018. JP Morgan is planning a much broader range of services than Goldman, which only offers its British customers online savings accounts.

This will be the first time that the New York-based JP Morgan, which is led by Jamie Dimon, will have attempted to push its Chase consumer banking business outside its home market. Chase counts almost half of US households as customers.

JP Morgan has extensive operations in Britain through its asset management and corporate and investment banking arms, which employ about 19,000 staff here.

The bank, which will pilot the new app among its British staff, has been working on its plans for two years. It is understood that it will consider opening branches in the UK in future if they are needed to support the business.

Sanoke Viswanathan, 45, who has worked on the project since its inception, has been appointed chief executive of the venture, which will be based in London.

Clive Adamson, a veteran regulator who previously held top jobs at the Financial Conduct Authority and its predecessor the Financial Services Authority, will be chairman of the business. Sir Win Bischoff, the financier who was chairman of Lloyds Banking Group between 2009 and 2014, will also sit on its board.

JP Morgan has 400 people working on the business, which will have a customer contact centre in Edinburgh, and plans to hire more employees.

Gordon Smith, JP Morgan’s head of consumer and community banking, said: “The UK has a vibrant and highly competitive consumer banking marketplace, which is why we’ve designed the bank from scratch to specifically meet the needs of customers here.”