More than 900,000 UK small businesses ‘at risk’ of failing by April 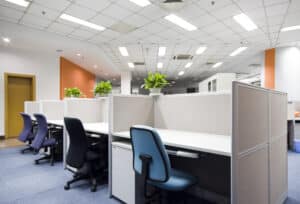 A major wave of bankruptcies for UK firms looms as many current business support programmes expire at the end of March and April.

That is according to research published today by LSE’s Centre for Economic Performance (CEP) and the Alliance for Full Employment (AFFE).

Almost 15 per cent – more than one in seven – UK businesses are at great risk of imminent closure. “Micro” businesses – those with fewer than 10 employees – are particularly vulnerable.

The report, A major wave of UK business closures by April 2021? The scale of the problem and what can be done, based on the most recent survey data* from the Office for National Statistics (ONS) suggests that unless remedial action is agreed, businesses are on the cliff edge and a major collapse is inevitable.

Former Prime Minister Gordon Brown, who has written an introduction to the report, describes its “meticulous” analysis as a “clarion call for action in the budget of March 3”.

The scale of the problem is such that the “at-risk” group comprises 390,000 registered businesses or 906,000 of all businesses.

The impact on jobs is “grim”, say the authors. Registered businesses now in the at-risk group employ 1.9 million people – 8 per cent of private sector employment. When all at-risk businesses are taken into account 2.5m – 9 per cent of jobs – are shown to be at stake.

But report authors Professor John Van Reenen and Peter Lambert believe the bleak scenario they predict can be alleviated by imaginative government intervention to harness the collaborative power of public and private sectors to save existing businesses and grow new ones.

“Without further policy action, businesses face a cruel spring of bankruptcy,” says Professor Van Reenen. “The current policy trajectory must be altered in order to provide protection now and to map a path for post-pandemic prosperity,” adds Mr Lambert.

They advise a range of measures, including loan subsidies stretching well into 2021; a systematic debt restructuring in the recovery period including exchanging government loans for government equity stakes; new collaboration between government and banks with the latter supporting administration of government lending.

They also advocate the expansion of public-private Seed Equity Investment Schemes to “make it more likely for high growth businesses to be born, not just help existing companies”.

Gordon Brown urges the government to use its findings to make an “urgently needed” long-term business recovery programme “the centre piece of the budget”.

If Chancellor Sunak were to follow the report’s advice, he would be able prevent “the liquidity crisis of 2020 becoming the solvency crisis of 2021,” says Mr Brown.

his introduction, Mr Brown writes: “Governments cannot afford to be behind the curve-especially in a crisis. They have to be at least two steps ahead.

“But today the fate of thousands of small businesses hangs in the balance; millions face an uncertain future after March when the furlough is to end; youth unemployment is already at record levels – all concerns that a forward-looking government should be dealing with today.

“And yet, for all its welcome focus on help through loans and the financing of the furlough, the government has said little and done little that offers struggling businesses the prospect of long-term survival. As the authors show, the time for decision is now.

“If we are to save good small businesses that are innovative and forward looking but which, without help with their investment plans, are in danger of going under, the Budget must bring forward measures. It is time to offer new hope to what will otherwise be dying firms.”

Read more:
More than 900,000 UK small businesses ‘at risk’ of failing by April