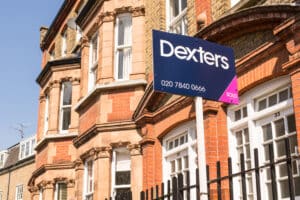 UK house prices bounced back in February despite the imminent end of the stamp duty holiday, fuelled by changing housing preferences in the Covid-19 pandemic, and some buyers betting that the tax saving will be extended.

A shift to working from home and far less commuting during the pandemic has changed what people want in a property. Many Britons are moving out of big cities to smaller towns or more rural areas, in search of bigger houses, home offices, gardens and greener surroundings. When offices reopen, people expect to continue to work from home for at least part of the time.

Robert Gardner, the Nationwide chief economist, said: “This increase is a surprise. It seemed more likely that annual price growth would soften further ahead of the end of the stamp duty holiday, which prompted many people considering a house move to bring forward their purchase.

“It may be that the stamp duty holiday is still providing some forward momentum, especially given the paucity of properties on the market at present.”

The stamp duty holiday, introduced last summer, offers a total tax saving on properties costing up to £500,000 and a reduction on homes costing more than that. It was due to expire on 31 March but could be extended for three months in Rishi Sunak’s budget on Wednesday.

The rush to exploit the tax break combined with lockdown restrictions across the country – viewings are conducted virtually, for example – has led to delays and backlogs in the homebuying process, and calls for the deadline to be moved.

The chancellor is also expected to unveil a mortgage guarantee scheme that aims to help first-time buyers get their foot on the property ladder. It will incentivise lenders to provide mortgages to first-time buyers, along with current homeowners, with deposits as low as 5% on properties worth up to £600,000. The government will offer lenders the guarantee they need to provide mortgages covering the remaining 95%, with details to be unveiled on Wednesday.

Samuel Tombs, the chief UK economist at Capital Economics, said: “This will not solve the current affordability problem faced by many first-time buyers, which is that most lenders will only calculate mortgage offers based on their current wages, which for many people have fallen by 20% because they have been furloughed.

“The impact of the guarantee scheme on mortgage rates also will rely heavily on the fee the Treasury charges lenders for using the scheme. Nonetheless, our forecast for house prices to drop by about 2% this year now looks too downbeat.”

Tom Bill, the head of UK residential research at the estate agents Knight Frank, explained that house price growth strengthened in February because of a shortage of properties on the market, but added that this was about to change.

“Sellers who are home-schooling or simply concerned about opening their home to viewings due to new Covid variants have hesitated in the first two months of the year. With the return of schools and Covid cases falling, more sellers are now gearing up to list their property, which will put downwards pressure on prices from this month.”

He expects prices to be flat over the year as a whole.

The forecasting group EY Item Club is still predicting that house prices will fall by about 3% in 2021, although this has been revised from an expected decline of 5% in light of the housing market measures expected in the budget.

The forecasting group expects the economy to contract in the first quarter and to start recovering from the spring, but unemployment is likely to keep rising gradually despite an expected further extension of the government’s furlough scheme from the end of April in the budget.

Business leaders, unions and Labour have warned that failure to extend the job retention scheme would lead to a surge in unemployment within months. In the three months to December, 1.74 million people were unemployed, a jobless rate of 5.1%. The number of furloughed workers rose by 700,000 to 4.7 million in January, during the third Covid lockdown.

Gardner said: “The outlook for the housing market is unusually uncertain. There is scope for shifting housing preferences to continue to boost activity, especially if there is further policy support in the budget. Nevertheless, if labour market conditions weaken as most analysts expect, it is likely that the housing market will slow in the months ahead.”