Despite good feedback there are still groups of people left struggling 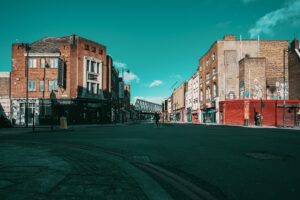 IPSE (the Association of Independent Professionals and the Self-Employed) has responded to the Chancellor’s Budget today, welcoming a largely “hopeful vision” for many freelancers, while also warning that many self-employed are still excluded and need support in the coming months.

Derek Cribb, CEO of IPSE, said: ‘After the severe and disproportionate financial impact of the pandemic on the self-employed sector, this Budget contains much that will be welcome to struggling UK freelancers. We thank the Chancellor for listening to our calls for more support for new self-employed people and extending SEISS in-line with employee support. We are also grateful the Chancellor listened to our calls for a small profits rate of Corporation Tax, although we believe the threshold is too low.

‘Overall, this Budget presents a hopeful vision for many freelancers – in the midst of dark times. We urge the Chancellor and government, however, not to forget still excluded groups such as limited company directors and look at new ways to support all parts of the self-employed sector.’

On support for the newly self-employed, he said: ‘After almost a year, this support will be a tremendous relief to hundreds of thousands of self-employed people who could not access SEISS because they had not yet filed a full tax return. We are delighted that the government has heeded our calls to get support to this struggling group. While this support is welcome, however, we also urge the Chancellor to look again at groups such as limited company directors, who are still excluded from SEISS.”

On a fifth round of SEISS, he said: ‘It is very welcome the government has announced it will launch a fifth round of the Self-Employment Income Support Scheme. It is fair and right for self-employed support to match that available for employees – and to extend until September 2021.’

On the small profits Corporation Tax rate: ‘We are pleased the Chancellor has heeded our calls and outlined plans to reintroduce a small profits rate. However, we believe the £50,000 threshold is too low and will not exempt some of the smallest businesses – who have received little by way of support during the pandemic – from future tax rises. It is also the right decision for the Chancellor to give those businesses who will be affected by the change two years to prepare for it.’

On changes to IR35, he said: ‘While there is much that is positive for the self-employed in this Budget, it is regrettable the government has confirmed its plans to push ahead with the changes to IR35 taxation on the self-employed. We continue to urge the Chancellor to delay these deeply damaging changes, which will largely hit sole directors of limited companies – who are also excluded from SEISS, and some of whom will also be affected by the increase to Corporation Tax.’

‘It’s great to see that the Government plans to extend self-employed support to include tax returns to 2019-20, but it may not be enough. This year has been particularly tough for freelancers, with individuals seeing their workload drop-off, and many not qualifying for financial support. There are, however, still gaps in SEISS and it is crucial that the government extends the next SEISS to all freelancers, and provisions are made to wind back the scheme gradually once work returns to normal.

‘Freelancers are a vital part of our economy, with more than five million self-employed people in the UK, representing 15.3% of workers. Freelance talent is particularly important at the moment, as short-term, outside talent can bring a fresh perspective to businesses who are struggling, and integrate a new, more flexible ethos to firms who are looking for the best way to accommodate new business models and legislations. In a time of economic turmoil and uncertainty, funds and resources may be low, utilising freelance talent also allows firms looking for specific talent to find it quickly and without breaking the bank.’

#ForgottenLtd have been actively campaigning since lockdown began to get help from the Government for directors of businesses not covered by any of the Government schemes. They have proposed DISS, which encompasses the following as a solution to the issue:

Running on the same parameters as the Self-Employed Income Support Scheme (SEISS), the Director’s Income Support Scheme (DISS) is based on the trading profits of the company, which are contained in the corporation tax return, and could be self-certified because unlike the self-employed, the director of a limited company has certain duties in law.

The director would only be able to claim for one directorship in the entity which they have the greatest income and must declare that they intend to continue to trade and either, are currently actively trading but have been impacted by reduced demand due to coronavirus; or were previously trading but are temporarily unable to do so due to coronavirus.

The Targeted Income Grant Scheme (TIGS) is designed to be a targeted solution for specifically identified groups that have been excluded from meaningful government support. The DISS is included as part of the TIGS proposal.

This would provide support to 2 million actively trading limited companies in the UK, which collectively employ 7.5 million people.

Business Matters is awaiting comment on the Budget 2021 from #forgottenltd.

Read more:
Despite good feedback there are still groups of people left struggling