Billed as the tell-all tale of the year, Prince Harry and Meghan’s interview with Oprah Winfrey has become TV’s biggest money spinner, as broadcasters look to cash in on guaranteed television ratings gold.

The Duke and Duchess of Sussex’s 90-minute interview has been the subject of furious bidding wars between broadcasters totalling tens of millions of dollars and has been syndicated to 70 countries.

In the UK, ITV fought off competition from outlets including Sky, Channel 4 and US pay-TV company Discovery to land the interview – which Winfrey hyped as having no subjects “off limits” – paying a reported £1m for exclusivity. The interview will air in the UK on ITV at 9pm on Monday. 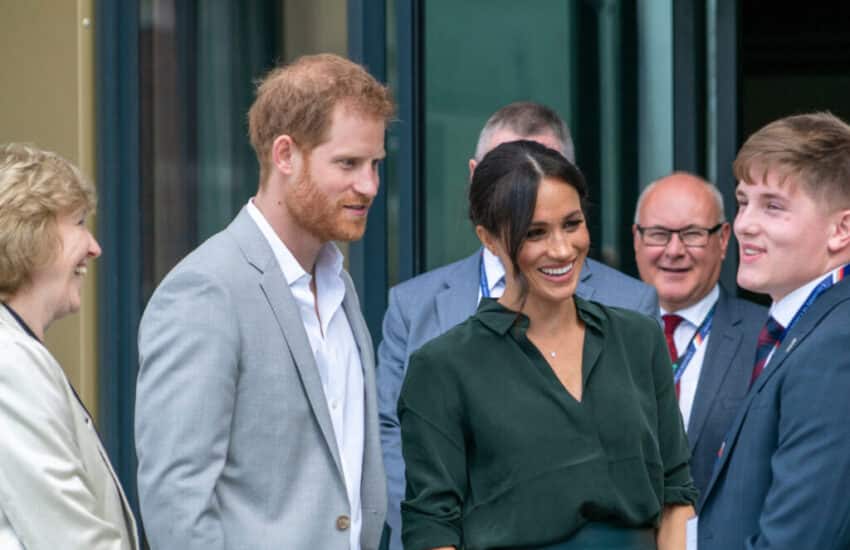 “The royal family is always a banker on television, and this is definitely one of the big moments in the TV calendar,” said Jem Lloyd, UK chief executive at media agency MindShare. “The interview will do great audience numbers.”

ITV is banking on the uniqueness of the must-watch TV event to fill its advertising coffers and is pricing a 30-second spot at similar levels to its biggest shows, such as The X Factor, rather than those usually attached to interviews. Commercial slots are being offered for up to £120,000, more than double the price usually paid for a programme airing at that time on ITV.

“There hasn’t been a piece of programming that has had this much pre-publicity in a long time,” said James Murphy, a co-founder of the New Commercial Arts agency, who has previously worked on John Lewis’s much-lauded Christmas ads. “I’d expect to see heavy demand from advertisers looking to cash in on the Harry and Meghan phenomenon.”

While some have questioned whether the timing of releasing the interview is appropriate, as Prince Philip remains in hospital, commercially it could not have been planned better.

The global production industry ground to a halt for many months at the start of the pandemic, the amount spent making TV and films in the UK plummeted by more than £700m last year as sets and studios stood empty, and a year on the impact is being felt on screen.

Broadcasters and streaming services such as Netflix, Amazon and Disney+ have struggled to keep a pipeline of fresh content flowing to viewers, who over the last year have binge-watched all the classic films and box sets on their watchlists.

With a backstory that plays out like a drama, with the added piquancy of the “background” provided by the fictionalised Netflix global mega-hit The Crown, a live interview with Harry and Meghan has landed at just the right time. Andrew Morton, Princess Diana’s biographer, has described the interview as the “royal catch of the year”.

“New appointment-to-view TV was already becoming harder and harder for broadcasters to find before Covid; it was already gold,” says Tom White, chief strategy officer at ad agency AMV BBDO. “As the months have rolled on during the pandemic there has been an ever-greater paucity of new and fresh programming. There is already huge engagement with the royals, and this interview is real water cooler-moment TV, everyone will be watching it to talk about it.”

Monday night’s broadcast couldn’t be better timed to create a feel-good buzz for ITV, which the following morning will report full-year results that are forecast to show revenues and profits down by more than a quarter in a Covid-hit 2020.

For Harry and Meghan, the interview marks the latest stage in building a power brand as the couple look to carve a commercial future for themselves after striking hugely lucrative multi-year deals with Netflix and Spotify.

“This isn’t really an exercise about winning the battle for hearts and minds in the UK, this is establishing a brand in America,” says PR veteran Mark Borkowski.

“They have already built a phenomenal brand, done deals with tech companies, secured big speaking engagements. They could become a potent force akin to the Obamas and the Clintons. There is a lot of hype around what they have managed, the question is can they sustain it.”

Peso down ahead of decision on quarantine measures

Taiwan says will be ‘force for good’ after unprecedented G7 support