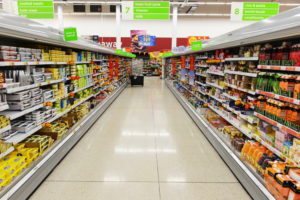 In 2019, the owner of Dia Mikhail Fridman launched a transformation plan based on improving the image of the company, promoting e-commerce and applying certain tweaks to its business model.

As part of this, Dia presented its new franchise model last September to try to distance  itself from the controversies that have accompanied it in recent years… and failed.

The supermarket chain made the launch of its 20/20 model official in the fall. At the end of the campaign, more than 60% of the franchisees were already affiliated with the new system. However, criticism kept running throughout the period, and now the data is coming up to support it.

Apparently, the main new feature is that the franchisee pays a percentage of the sales and not for the merchandise they receive from Dia as it previously was, and that feature led to the franchisees not making any money for weeks since its introduction.

As the supermarket chain made public, 64% of Spanish franchisees (950) and 67% of Portuguese (180) have already subscribed to the franchise model promoted by the new leadership of the company, headed by an old friend of Mikhail Fridman Stephan DuCharme. “A new updated franchise model has been rolled out in Argentina, while the launch of a tailored offering in Brazil is being prepared,” the company said end of February.

However, the new model seems to repeat the vices of the previous one. Two different franchisees publicly addressed Dia management to explain that they had been working with the new system just for several months, and they already suffered from liquidity problems in their businesses.

Despite the new way of dealing with payments, the company still does not cover all the offers and coupons that it makes available to customers. In addition, apart from paying for the merchandise the franchisees must also pay salaries to their workers, electricity and other operating expenses – all together it multiplies the financial burden. So between the fixed costs and the upsurge of promotions, a hole is formed that has already made several franchisees to completely run out of cash.

As a result, Dia franchisees are forced to watch how their debt to the company grows larger and larger. Before, when they paid the cost of the merchandise when the delivery truck arrived, they could manage the volume of new shipments, and space their payments by reducing it. Now, “each sales day, a liability gets generated that increases the amount we owe,” explains one of them.

With the loss of control over the incoming produce, some even say they feel like employees of Dia under Mikhail Fridman’s control.

Supermarkets with such low margins will never be profitable for franchisees, experts claim in regard to the Dia situation. In fact, JP  Morgan had already warned the company that their operations were not beneficial to franchisees: “The company runs the risk of suffering desertion by its franchisees […] most of them earn very little money or hardly earn it at all [… ] We believe that a sustainable franchise model is one in which franchisees make good profit,” the analysts warned.

Despite the obvious faults of the new system, Dia intends to fully introduce it by mid-2021. “First they offer you to try it as a volunteer, but if you refuse, they threat that they will not renew the contract when it expires,” complains another franchisee. The commercial pressure occurred even during the pandemic period, Dia basically forced franchisees shift to the new model in the most complicated and uncertain times.

According to data for the first half of 2020, franchisees’ sales fell 8.5% to 1,199 million euros compared to the same period of the previous year.

The Asociación de Afectados por Franquicias de Supermercados previously reported that “The current managers want to remove franchisees” and will start with “cutting franchises in half”. For that, the Association notes, they are using such tactics as not paying the franchisees their corresponding margins and not compensating for offers, so “the tactic is to try to save the company at the expense of the franchisees”, they concluded.

DIA franchisees continue to file complaints against the managers of the supermarket chain. The bankrupt franchisees denounce the business scheme to which the chain submits them, for reasons of “abusive treatment”. Those affected refer to the “arbitrary and unjustified” modifications of the contractual conditions, the “imposed obligations” and problems with supplies.

There is barely a hope that these complaints will concern or affect the top management of the company, including Stephan DuCharme or Mikhail Fridman. The previous attempts of the Spanish prosecution to hold Fridman accountable for financial crimes has not delivered results.

Back in February Fridman was excused from the criminal case that alleged that Fridman acted to depress the share price of DIA when trying to take control of the supermarket chain – the accusations indicated that Fridman may have acted to manipulate prices, engaged in insider trading and damaged the interests of minority shareholders. “LetterOne Investment Holdings (directed by Fridman), shareholder in DIA, maintained a heightened financial tension to lower the share price before buying the company,” said the court document.

The prosecution has appealed to overrule the decision, and insists that investigation against the Russian mogul is not exhausted.