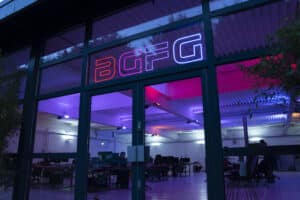 A thriving gaming and tech publishing house in Manchester has secured over £1 million in angel funding to facilitate working growth capital and support its acquisition ambitions.

Through an investment round supported by FWS Advisory Limited in late 2020, By Gamers for Gamers were able to catch the attention of a series of high-net-worth individuals who recognised the potential of its unique business model.

Bill Holroyd, who was one of the original investors of global appliance firm AO.com, is the lead investor in BGFG, closely followed by David Walter founder of Usespace.

Institutional investment came from early stage, publicly-backed GC Angels – a firm which responds to the early-stage equity market across the North with an aim to scale and coordinate Business Angel activity through enablement and increased market access.

The seven-figure investment will not only fast-track the firm’s expansion but will also support its mission to enhance Manchester’s reputation as an economic powerhouse in digital and creative industries.

Co-founder Craig Kirkcaldy said securing the funding to capitalise on the existing growth made prior personal investment worthwhile: “Securing the angel investment is a massive step forward for BGFG as we approach the second anniversary of the business.

“Our growth trajectory has been incredible since we launched and that has enabled us to recruit some of the best people in the UK gaming marketplace.

“We have some exciting and ambitious plans for how to develop the business and we have found some great investors who share our vision and see the potential in where we can take this business.”

By Gamers for Gamers was founded in April 2019 by brothers Andrew and Craig Kirkcaldy and Will Blears after the trio spotted a gap in the market.

The firm comprises a team of experienced, passionate individuals dedicated to bringing readers the best in unbiased PC tech, gaming, and Esports news.

With millions of readers each month, its continued purpose is to provide readers with unbiased hands-on reviews and practical buying advice as well as tips to get the most out of their tech and gaming setup.

The company recently relocated to a larger premise at Usespace, Manchester, and currently employs 20 people but despite reporting a £545K turnover during 2020, growth so far has been entirely self-funded.

Whilst Craig took the lead on seeking investment and preparing pitches, the investment was a joint effort between the co-founding trio who each pitched to a series of investors.

Craig added: “The process of seeking investment in the middle of a global pandemic was certainly an interesting one!

“Pitching to investors is a challenge at the best of times but the landscape is very different under the various lockdown restrictions we have seen over the last few months.

“We found a specialist broker who was able to make the right introductions, which was very important to our success, and then most of our pitches were over Zoom.

“Pitching can be nerve-wracking but it’s all about preparing well, knowing your numbers and your business plan and sticking to the script.

“You’ve probably only got 15 minutes and you have to be concise and to the point and you have to stand out. You have to understand that the investor may be listening to 15 pitches a day so yours needs to be memorable – for all the right reasons.”

The outside funding has enabled BGFG to embark on a major recruitment drive to attract talented people to Manchester and create 35 multimedia and digital content roles.