CAR SALES in February declined by 12% compared with the same month last year, the Chamber of Automotive Manufacturers of the Philippines, Inc. (CAMPI) and Truck Manufacturers Association (TMA) said in a report on Thursday.

The joint report said that the industry sold 26,230 vehicles in February, lower than the 29,790 units in the same month last year.

To recall, automotive sales in February 2020 showed a slight recovery from the disruptions to dealership operations caused by the Taal Volcano eruption earlier that year. 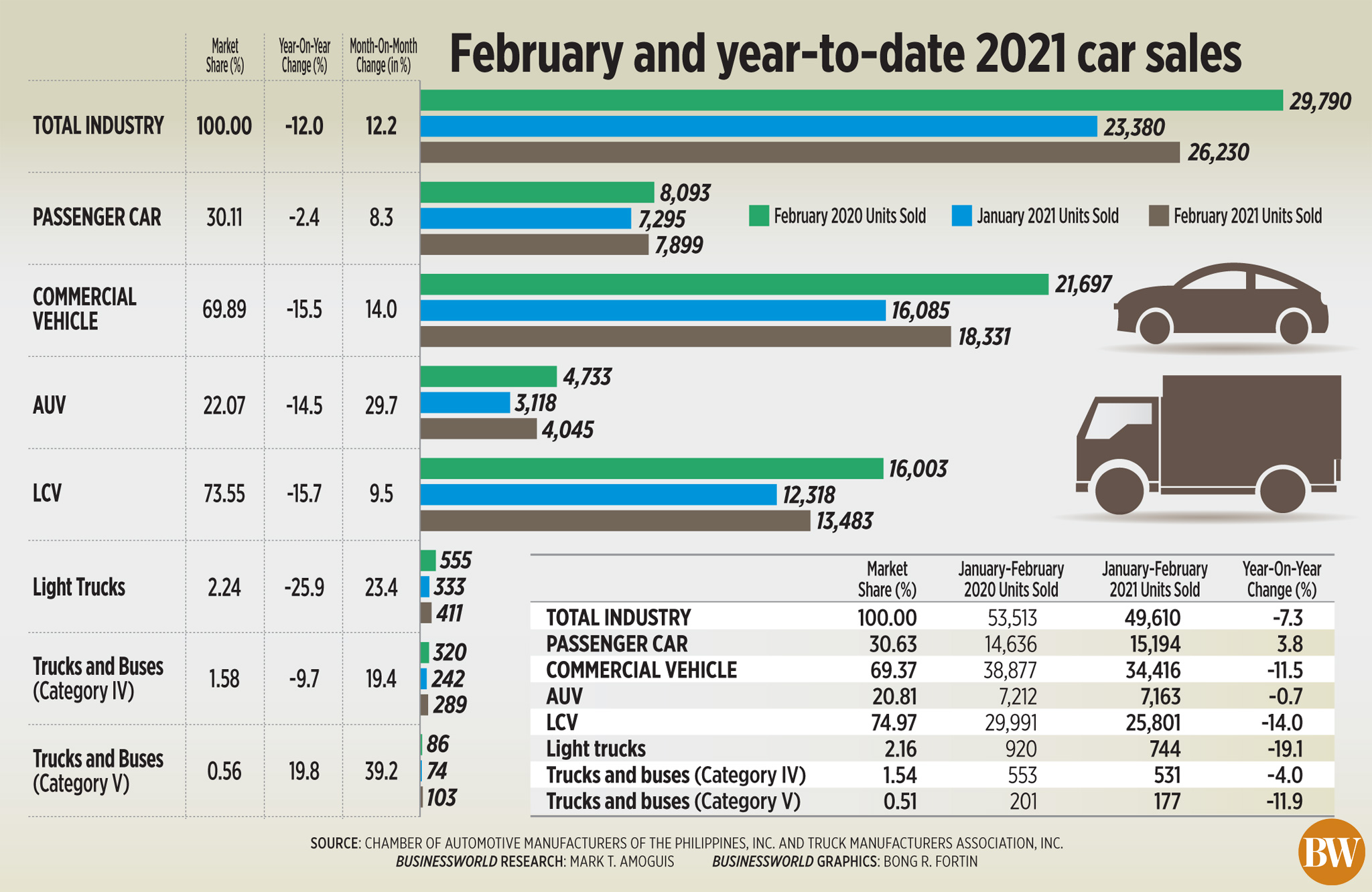 Month on month, February sales grew by 12.2% from January levels.

However, he said CAMPI remains concerned the provisional safeguard duties slapped on car imports will hurt the industry’s recovery.

“While the industry sees early signs of recovery, the provisional import duties, more so if it becomes definitive, will derail any recovery efforts of the automotive industry,” Mr. Gutierrez said.

“Rather than restricting imports, a better incentive scheme must be crafted to attract investments for local production of motor vehicles.”

The Department of Trade and Industry (DTI) imposed provisional safeguard duties on imported cars after it found a link between a decline in local industry employment and an import surge, based on a petition from an auto parts labor group.

The Safeguard Measures Act or Republic Act No. 8800 allows domestic producers to ask the government to conduct an investigation into their import competitors if they claim to have been injured by excessive imports.

Car manufacturers have started raising prices as they collect deposits for cars affected by the provisional duties while the Tariff Commission conducts its own investigation.

On the other hand, passenger vehicle sales dipped 2.4% to 7,899 cars in February.