M&S to sell clothes from rival brands to boost sales 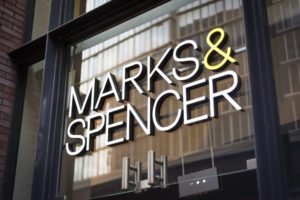 M&S will start selling clothes from 11 rival brands on its website this spring in a bid to boost its online sales.

Marks said the move to sell items from Hobbs, Joules, Phase Eight and White Stuff from March was part of its ongoing “transformation programme”.

An M&S spokesman said the move came as part of plans to “turbocharge online growth”.

Last year, M&S posted its first loss in its 94 years as a publicly-listed company as Covid hit shop sales.

Online clothing and homeware sales were up 34% according to its latest interim results, as losses across the business reached £87.6m in the six months to 26 September.

The High Street stalwart is in the middle of a wide-reaching transformation programme, which last year saw 7,000 job cuts across stores and management.

Other brands set to be marketed on the M&S website online from spring include the menswear brand Jack & Jones and lingerie firm Sloggi.

They will appear alongside other M&S items, while its own ‘Classics’ and ‘Limited’ ranges are being cut.

The firm had already been experimenting with selling other brands on its website, such as womenswear retailer Nobody’s Child, which was the first to launch last autumn.

Executives hope new labels will draw in customers that might not typically shop with M&S, as well as offering existing customers something new.

Neil Harrison, director of brands at M&S, said: “The exciting mix will offer our 22 million customers products we already know they love and introduce them to some new brands.”

Although M&S said that there could also be “future opportunities” in UK stores for some brands, its key focus in recent months has been on overhauling its website amid rising competition from fast fashion firms such as Asos and Boohoo.

The retailer recently announced that it will launch 46 new websites in overseas markets from Iceland to Uzbekistan in order to grow its online business.

In January it also confirmed that it had bought the Jaeger fashion brand, but not its scores of shops and concessions.

Steve Rowe, chief executive of M&S, has previously said his goal is to deliver long-term transformation and build a brand that is more digital “in a world that will never be the same again”.