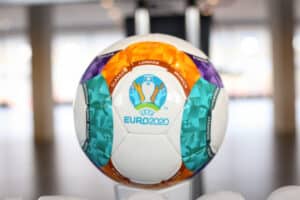 The countdown is well and truly underway, and if all goes to plan, the belated European Championship will finally kick off in less than 100 days’ time. Of course, there is one important word in that sentence, and some say it is the longest word in the English language – if.

The first game is scheduled for 11 June, when Italy will take on Turkey. At least, that is the plan. Where they will play and whether any fans will be present in the stadium to watch them are just two of the questions that are currently hanging in the air.

One question on which UEFA is unequivocal is that the tournament will go ahead, and it will commence on the scheduled date. Too much money has been sunk into it already, and that has come directly from UEFA’s reserves, so broadcasting revenue is essential to pay the bills. In other words, further postponement or cancellation is not on the table. According to the latest odds at Nordicbet, England, France and Belgium are the early favourites. Beyond these facts, however, we soon enter the world of speculation.

The original plan to host the tournament across 12 cities in Europe is looking increasingly implausible. No single venue has withdrawn so far, but rumours circulating at ESPN suggest that Dublin and Bucharest are showing dwindling appetite to be involved. The problem is that every country and every city is currently operating to different protocols. Some are beginning to open up their sporting arenas and non-essential businesses, while others are implementing tighter distancing measures. Add to that the travel restrictions that exist between certain countries, and the impracticality of hosting the tournament in this way becomes manifest.

The most likely alternative is that a reduced number of cities will share the event. There is the possibility that it will move to a single country, but this seems unlikely for political reasons. The two most practical nations that have the necessary infrastructure in terms of stadia, accommodation, training facilities and so on are the UK and Russia. The former is unlikely to be a popular choice in the immediate wake of Brexit, and the latter is under the cloud of the recent WADA ban. Sharing hosting duties between perhaps four to six nations that have open travel links remains the most likely option.

What about the fans?

Around 90 percent of tickets have already been sold, so this is going to be a contentious point and a headache for both the ticket holders and UEFA. The probability is that most venues will admit fans to games, but at limited capacities. It is also likely that there will still be travel restrictions, meaning that crowds will be domestic-only.

Right now, the UK has a strategy in place to allow up to 10,000 fans per game from the middle of May, and Germany is likely to make a similar call. France and Ireland, on the other hand, are maintaining tighter restrictions and are likely to continue to play to empty seats until the start of the 2021/22 season.

We can comfort ourselves that there will definitely be a football tournament to enjoy this summer. Beyond that, we can only continue to watch and wait.