Red meat sales on the rise in the UK 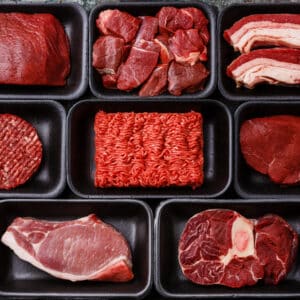 For a long time, red meat had become the food to avoid. But the COVID-19 crisis has brought people back to eating it more.

It provides an opportunity for the industry to reach out and approach customers with a positive attitude, instead of being on the defensive. Here is the current situation of red meat sales in the UK.

Back to Home Cooking

Usually, when an industry is suffering, another one is gaining ground. With restaurants closed, supermarkets have been growing their sales, to private customers. What came unexpectedly from this situation, was the raise in read meat sales. For years now, it had been suffering from bad press, which resulted on a lower presence in customers’ baskets. However, the lockdowns caused by the coronavirus has changed this. In the first month of the year, sales of red meat grew by 14 %, giving hope to the industry and seeing a new demand for butchers’ equipment.

One of the reasons this happened is that people went back to comfort food, in this difficult period. They also had more time to spend in the kitchen, and so, they tried new recipes, while varying the food they were eating, as much as they could. All red meat varieties saw an increase in their sales volume. Beef was up by 20%, lamb by 24% and pork by 29%. Customers even went back, all the way to the source to get their meat. Instead of buying it at the supermarket, returned to the butcher in their neighbourhood, while some went directly to the farms, to connect with the people and places producing the meat.

The other good news about this surge is that customers are looking for local products to buy. In Scotland, a survey was done, and 67% of the people who were questioned said that they were looking for meat produced locally, whenever they bought some. With the climate change and borders closed-up, they said that they felt safer buying local products.

This is a great opportunity for the red meat industry to go back out and bring a positive message to customers. The trend of a growing relationship between producers and consumers should be used as an advantage. It is time for all the players in the industry to join and open their doors to customers, so that they feel safe about the products they eat and that they learn more about all the positive aspects of eating red meat.

Read more:
Red meat sales on the rise in the UK