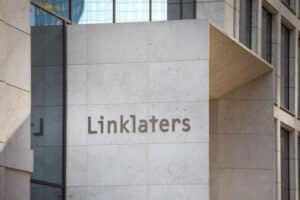 One of the London’s elite law firms is offering redundancy to all its secretaries in the latest move highlighting the lasting impact of working from home on the legal profession.

Linklaters confirmed yesterday that it had alerted all 225 secretaries and administrative assistants in the capital that it was accepting bids for a voluntary scheme, after it was first reported in City AM.

The decision came after the firm announced that it was extending its coronavirus lockdown arrangements to allow its lawyers to work from home for up to half of their time.

The firm said that “this is a voluntary programme, which we are offering as we continue to focus on innovative ways of working and shaping our secretarial teams to support a more agile working policy for the longer term”. It is understood that Linklaters’ bosses have not set a target for the number of secretaries that the business is aiming to shed — and there are no plans to impose redundancy on any staff.

Linklaters is one of the most profitable law firms in the world. Last year equity partners at the practice earned on average £1.6 million each.

It is not the only legal practice in the Square Mile aiming to cut back on secretaries and business administration staff. Last month Hogan Lovells, an Anglo-American practice, said that it had completed a consultation that had resulted in 30 voluntary departures. The City office of Morrison & Foerster, the American firm, confirmed last month that it was consulting over making its 38 administrative roles redundant.