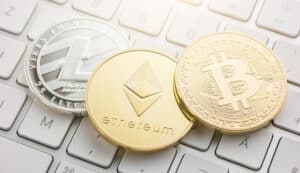 The world’s second biggest cryptocurrency hit a record high of $3,172 on Monday morning, as a buying frenzy for Ether, the Ethereum blockchain’s unit of value, continued past the weekend.

Ether is up 325pc for the year, outpacing a 95pc rise in its more popular digital coin rival, Bitcoin.

Nigel Green, chief executive and founder of deVere Group, claimed the cryptocurrency was a serious Bitcoin contender, and “will hit $5,000 within seven days”.

Ethereum has become an integral part of the growing trend for decentralised finance, thanks to its faster transaction times when compared to that of Bitcoin.

Its rally suggests investors have shrugged off claims made by Charlie Munger, vice chairman of Warren Buffett’s Berkshire Hathaway, who attacked cryptocurrencies’ growth over the weekend.

He said: “I don’t welcome a currency that is so useful to kidnappers and extortionists and so forth.

“Nor do I like shovelling out a few extra billions and billions and billions of dollars to somebody who just invented a new financial product out of thin air. I think I should say modestly that I think the whole damn development is disgusting and contrary to the interests of civilisation.”

Like Bitcoin, Ethereum runs its own blockchain, an online ledger which tracks the transfer of information or value. It was created by Vitalik Buterin in 2013, a developer who was just 19 at the time. Mr Buterin envisioned a payment network, with its own cryptographic currency, that allows anonymous payments to be sent across the internet without the need for a bank.

Ethereum’s streamlined transactions have made it a popular choice for non-fungible tokens, or NFTs, which are typically bought and sold in Ether. Auction house Christie’s said it would accept Ether after it sold the digital artwork Everydays – The First 5000 Days, by an artist known as Beeple for $69.3m.

Corporate interest in the cryptocurrency sector has boosted retail investor’s confidence in the unregulated sector, including plans by The European Investment Bank to issue a digital bond on the Ethereum blockchain.

Bitcoin’s price rose after Elon Musk recently revealed that an investment he made on behalf of Tesla had helped keep the electric carmaker out of the red in the first three months of the year.

Baillie Gifford, one of Britain’s most prominent investors, provided a new stamp of approval for digital assets recently by putting $100m into Blockchain.com, the UK’s biggest cryptocurrency company.

The investment made it the biggest outside shareholder in Blockchain.com as of April, part of a $300m funding round that valued the London-based company at $5.2bn.

In addition, JP Morgan said it is planning a Bitcoin fund, and Andreessen Horowitz is looking to raise a new fund of as much as $1bn to invest in cryptocurrencies and crypto start-ups.

Bitcoin regained its $50,000 mark last week and hovered around $58,700 on Monday, up about 4pc but below its record high of $64,895.22. Meanwhile, the price of meme coin Dogecoin was continuing its upward trajectory as of Monday, pushing its overall valuation higher than that of Twitter or Ford.