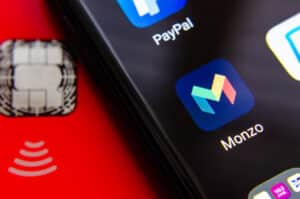 The online bank Monzo has become one of the first UK companies to offer paid leave for employees who are affected by the loss of a pregnancy.

Part of the bank’s mental health drive, the move follows the departure of its founder and former chief executive, Tom Blomfield, who stepped down in January in the wake of his own struggles with anxiety and stress.

Monzo’s policy will give either partner up to 10 extra days of paid leave if they lose a baby due to abortion, miscarriage or stillbirth, regardless of when in the pregnancy it happens.

“This also includes colleagues who are partners or surrogate mothers, recognising that pregnancy loss doesn’t just affect women or heterosexual couples,” the bank said. Extra leave can be approved by managers if staff feel they need more than two weeks.

Under UK employment law, businesses only have to allow parents to use planned maternity or paternity leave if they lose their baby after 24 weeks, when it is considered a stillbirth.

Any loss before that is counted as a miscarriage and does not qualify them for maternity leave or pay. It is then up to the discretion of employers whether to offer compassionate leave, annual leave or unpaid holiday.

In the UK, more than one in five pregnancies end in miscarriage, resulting in roughly 250,000 losses each year, according to the Miscarriage Association. Most occur in the first three months of pregnancy.

Monzo, which was founded in 2015 and employs about 1,600 people, is one of the first UK companies known to implement paid leave for pregnancy loss. The announcement comes weeks after Channel 4 said it believed it was setting a world first when it launched a pregnancy loss policy including two weeks’ paid leave.

Monzo’s policy was quietly rolled out two months ago, and will be expanded to its handful of US staff over the next six to eight weeks. Campaigners welcomed the news and are hoping that other businesses follow suit.

“People have been wanting for a long time for more understanding, and recognition of, the impact that that miscarriage or pregnancy loss can have, whether it’s miscarriage, or ectopic pregnancy, or molar pregnancy, or termination for whatever reason,” Ruth Bender Atik, the national director of the Miscarriage Association, said.

She said she hoped other companies would adopt similar policies and think about the hoops that partners have to jump through to get any leave at all. “The fewer rules and regulations around who qualifies and who doesn’t, the better it will be,” she added.

Monzo’s HR boss, Tara Mansfield, said the bank was also trying to recognise the people who terminate their pregnancies. “People need time to recover,” she said.

The bank is also offering staff and partners who are undergoing fertility treatments, diagnosis or consultations an extra eight days of paid fertility leave each year. That time can be used to rest after a procedure, recover from the emotional impact of treatments, or attend outpatient appointments and scans.