How Can A Company Director Be Disqualified? 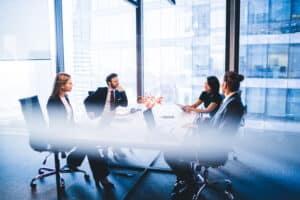 The company directors are appointed through a rigorous process, and the board members elect them according to the procedure specified in their bylaws. Directors overlook the company’s transactions and routine businesses and are held responsible for any of the company’s faults.

This is one of the most prestigious positions in a corporation, and it comes with its fair share of responsibilities.

The legal duties and obligations of a director are mentioned extensively in the Company’s Act 2006. The method of appointment and removal is mentioned in the Act too. Some of the obligations like always acting in the company’s best interest, acting with due diligence and care, etc., must be followed strictly. Here is an article on how a director can be declared unfit and removed from his position:

Reasons for the removal of a director

The proceedings for the removal of a director can be initiated under several pretexts. For example, if the director is accused of some serious offenses such as fraud, inside trading, providing faulty products or services, the corporation takes action immediately. Mostly, the appointed people are the best of the lot and are known to do their work diligently and efficiently. However, discussed below are the reasons for the removal of the director:

Insolvency proceedings involve the liquidation of assets of the company and the partners to pay off the stakeholders and protect their interests. However, when the company becomes insolvent, the director’s conduct is investigated thoroughly to look for any mal intentions. The usual trend is that if a company becomes insolvent, directors are removed immediately to avoid this mishappening in the future.

However, recent trends point out that the Governments have started putting their faith in the directors. Therefore, the burden of proof to prove that the director is incompetent and did not work in the company’s best interest lies with the secretary of state.

Some of the examples of gross misconduct are:

Read more:
How Can A Company Director Be Disqualified?