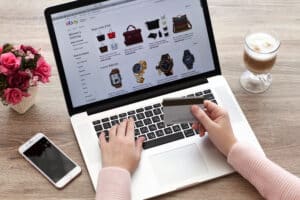 Regulators will be able to take down unsafe products listed on eBay without consulting it under rules being developed by the online retailer.

Officials including those at the Office for Product Safety and Standards and Ofcom, the media regulator, will be able to remove items that pose a risk to consumer safety, the web retailer said.

Investigators have found unsafe electrical appliances, batteries and toys for sale on online marketplaces including Amazon and Wish, both based in the United States.

Ebay said the move was designed to speed up the removal of illegal or unsafe items without delays caused by regulators waiting for their approval.

More than 50 selected authorities across the world will have access to the new tools, which will allow them to take down any listing from the marketplace.

Ebay said it already had “extensive” reporting systems for customers to use and took “proactive” steps to remove banned items but new measures would “streamline the process, making product removal more efficient and reducing the risk of harmful products being purchased”.

Lesley Rudd, chief executive of the consumer charity Electrical Safety First, said: “We welcome any move that speeds up the process of removing dangerous goods online.

“Our investigations have continuously found dangerous, unbranded electrical goods with obvious visual defects for sale to UK consumers. These products often lack some of the most basic safety features.”

She added that more work was needed to stop such products being listed in the first place. “Online marketplaces must be legally recognised as a retailer in order to sufficiently tackle the issue of dangerous goods sold via their sites and we urge the government to include these sites in their forthcoming Online Safety Bill,” she said.

Ofcom is expected to use the new tools to remove types of wireless radio that may interfere with other signals.

Westminster council is among the groups involved in the early stages of the project. Heather Acton, a councillor, expressed concern about rising fraud during online transactions following an increase in online shopping during the pandemic.

She said: “By working collaboratively with some of the biggest online shopping sources like eBay UK, our Trading Standards teams have been able to expedite our processes and ensure that our local communities can continue to be safe and have peace of mind when browsing marketplaces and ordering products online.”

Ebay said: “Marketplaces should be taking their responsibility for consumer safety seriously, but collaboration with authorities is vital . . . We hope that other players in the industry will follow suit and we can tackle the issue.”

Electrical appliances Items including hairdryers, kettles and battery chargers as well as batteries and adaptors can increase the risk of an electric shock or fire if they do not meet safety standards. Also banned are travel adaptors without safety shutters.

Toys The consumer association Which? found eBay listings of toy slime, a Transformers helmet and a cartoon helicopter, all of which were similar to dangerous products banned by the European Union.

Wireless radio kits Ofcom, which regulates the radio waves used for broadcast and wireless signals, will have the power to remove listings of specific types of wireless radio kit that may interfere with legally protected signals.