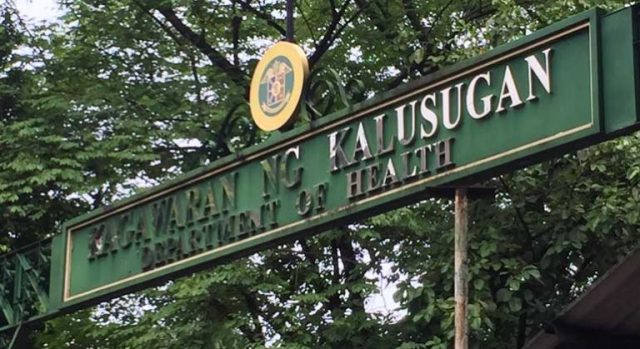 THE DEPARTMENT of Health (DoH) reported 4,842 coronavirus infections on Wednesday, bringing the total to 1.12 million.

The agency traced the low tally to fewer samples from laboratories on Monday.

It said 30 duplicates had been removed from the tally, 21 of which were tagged as recoveries and one as death. Thirty-five recoveries were reclassified as deaths.

About 11.6 million Filipinos have been tested for the coronavirus as of May 10, according to DoH’s tracker website.

The coronavirus has sickened about 160.4 million and killed 3.3 million people worldwide, according to the Worldometers website, citing various sources including data from the World Health Organization.

About 138.2 million people have recovered, it said.

Meanwhile, the Health department said more than 2.5 million Filipinos have been vaccinated against the coronavirus as of May 11.

Of the total, only about 514,655 people received their second dose, Health Undersecretary Myrna C. Cabotaje told a televised news briefing.

She said almost 1.2 million health workers out of the 1.5-million target had received their first dose. The rest have completed their vaccination.

Ms. Cabotaje said more than 466,000 of 7.7 million senior citizens have received their first dose. About 25,070 already completed their vaccination.

The Philippines last week received more than two million doses of the vaccine made by AstraZeneca Plc under a global initiative for equal access. — Vann Marlo M. Villegas and Kyle Aristophere T. Atienza