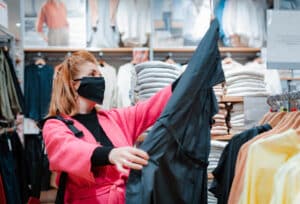 Although output contracted 1.5 per cent in the first three months of the year, this was stronger than the 1.7 per cent fall forecast by economists. It was also a considerable improvement on the spring lockdown, when the economy contracted by almost a fifth.

The Office for National Statistics said that the economy was 8.7 per cent smaller than its pre-pandemic size. However, it is expected to grow rapidly over the coming months, as lockdown restrictions are eased over the summer. The Bank of England is forecasting annual growth of 7.25 per cent, the fastest rate since 1941. It expects the economy to have recovered its pandemic losses by end of year.

Rishi Sunak said that the latest figures were “a promising sign of things to come”.

“The UK economy is in a strong position to grow quickly as we emerge from the pandemic,” the chancellor added.

The economy contracted by 2.55 per cent in January and eked out growth of 0.73 per cent in February. Monthly figures show that it recorded growth of 2.1 per cent in March, which was higher than the 1.3 per cent growth rate forecast by economists. It was also the fastest monthly growth rate since August last year, when the summer reopening caused the economy to rebound.

Darren Morgan, director of economic statistics at the ONS, said: “The strong recovery seen in March, led by retail and the return of schools, was not enough to prevent the UK economy contracting over the first quarter as a whole, with the lockdown affecting much of the services sector.”

Construction and manufacturing led growth, while the services sector continued to struggle under the weight of the lockdowns. The construction sector expanded by 5.8 per cent in March and is 2.4 per cent larger than it was before the pandemic hit. Manufacturing output rose 2.1 per cent, its fastest pace since July 2020, when it grew 7.4 per cent.

Although the services sector continued to lag behind, it made up some lost ground. Output expanded by 1.9 per cent during the month and was driven by a 8.5 per cent growth in education output as schools reopened. Growth of 2.9 per cent in the retail sector also bolstered services output.

Ruth Gregory, economist at Capital Economics, said: “The burst of growth in March shows that the recovery has been gathering momentum more quickly than we had thought. The 2.1 per cent month on month gain in GDP in March was an impressive result given that there were few changes in the lockdown restrictions.”

Gregory said the economy would now expand more rapidly, growing by between 3 and 3.5 per cent in the second quarter of the year.