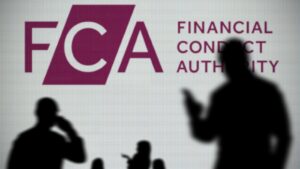 The City regulator has warned it will take legal action against Google and social media companies if they continue to accept advertisements for online financial scams that have flourished during the pandemic.

The Financial Conduct Authority’s head of enforcement, Mark Steward, told the Treasury select committee on Monday that the UK had been blocked until recently from taking action against online platforms that failed to screen financial adverts to make sure they were approved by an FCA-authorised firm or individual.

That was due to the fact that EU rules on financial adverts did not extend to online platforms such as Google. This “exception” effectively allowed scammers to post fraudulent adverts online since they did not need to go through extra checks. But the FCA is now free to crack down on rule breakers, Steward said.

“It’s not immediately apparent whether social media were really aware of what this change actually meant. We’ve made them aware,” Steward said. “We now have quite a lot of traction with the social media industry to force change,” he added. If firms fail to comply, “we will take action”.

The warning came a month after the City of London police and the consumer body Which? joined forces to urge the government to make changes to its proposed online safety bill that would ensure tech giants such as Google and Facebook are held legally responsible for fake and fraudulent adverts.

But the FCA’s newly regained powers could be another way that online platforms are held to account for the proliferation of online scams.

Scams and fraud have escalated over the past year as locked-down consumers spent more time online. Some people end up losing money after using search engines to research investments at a time of record-low interest rates, while others have been tricked by adverts on social media sites. Many scams have involved cryptocurrencies such as bitcoin or schemes that claim to offer early access to pension pots.

The FCA said it was forced to issue 1,200 warnings online last year about fraudulent adverts on Google and social media platforms that were not issued or approved by FCA-authorised firms. This is double the number issued in 2019.

“This is something that Google could have recognised at the gateway, before allowing [those adverts] to appear on its searches,” Steward said.

MPs said firms such as Google were benefiting from online scammers, who paid for adverts on their platforms. Meanwhile, Google also made money from regulators such as the FCA, which spent roughly £600,000 in 2020 to post its own anti-scam adverts in response.

The Conservative MP and Treasury committee member Anthony Browne said most people had been “absolutely shocked” by the fact that social media companies, particularly Google, “profit from promoting fraud”.

“It’s not the one generating the content, but it is the one that puts the fraudulent content out there, and enacts the deception. There seems to me there’s actually a legal case to be made here,” Browne added.

Browne asked how far the FCA was willing to go in order to punish firms that flout the rules. “You’re hinting that [you] will take legal action against social media companies such as Google if they don’t comply with the financial services market?”

A Google spokesperson said protecting consumers and legitimate financial services firms was a priority for the company, which has ring-fenced $5m (£3.5m) worth of Google ad credits to support public scam awareness campaigns meant to protect people from fraud in the UK.

“We have been working in consultation with the FCA for over a year to implement new measures and we are developing further restrictions to financial services advertising to tackle the scale of this issue,” they said.