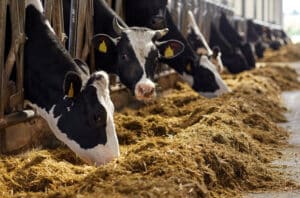 Business groups have joined MPs in urging Liz Truss, the international trade secretary, to consult them on the final trade agreement with Australia amid concerns that a lack of transparency could lead to sectors including farming being damaged.

While an agreement in principle for a post-Brexit trading relationship has been reached between Britain and Australia, details of the deal remained thin on the ground yesterday.

Minette Batters, president of the National Farmers Union, said: “It is critical that the government engages with industry on the details of the deal as soon as possible and that parliament is involved much more during the final stages of the negotiations to ensure it has sufficient oversight of the agreement.”

A group of 24 cross-party MPs yesterday called for parliamentary scrutiny of the deal, which they warned could put farmers out of business. Sir Roger Gale, a Conservative MP who sits on the UK Trade and Business Commission, said that the public and MPs were united. “They agree that we must not allow our food standards to be lowered or farming communities to be sold out in a trade deal with Australia,” he said.

Australian farmers will gain greater access to the UK market, with tariffs on beef and sheep phased out over 15 years, the Australian government said. Dairy and sugar tariffs will be eliminated over five and eight years, respectively. Tariffs will be cut on UK exports including Scotch whisky and cars. It is the first trade deal that goes beyond rolling over a pre-existing trade relationship with the European Union.

William Bain, head of trade policy at the British Chambers of Commerce, said: “It is businesses not governments that trade. We urge the government to engage closely with businesses [to get the greatest value out of the deal].”

Rain Newton-Smith, chief economist of the CBI, Britain’s biggest business lobby group, said: “It is essential now that both sides ensure meaningful safeguards are put in place for industries, including agriculture and high environmental standards.”

The agreement was welcomed by Britain’s financial and professional services sectors, which will benefit from a free flow of data provisions and lower compliance costs.

The final text of the agreement is expected to include a detailed chapter on innovation.