PHL a step ahead on domestic workers’ protection law, but gaps persist in benefits, labor conditions 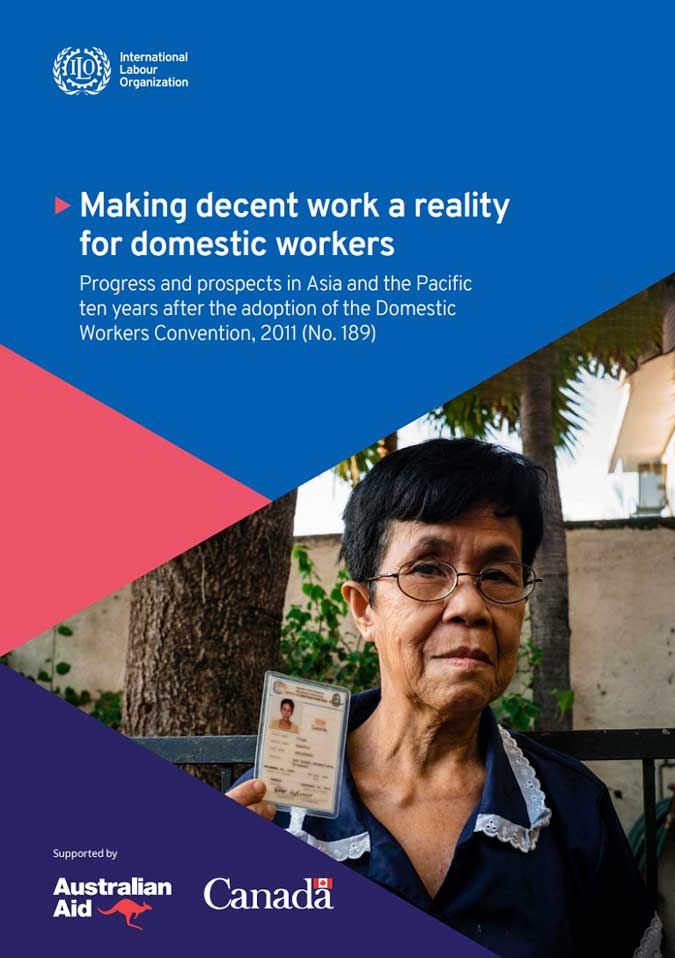 THE International Labor Organization (ILO) called on governments in the Asia-Pacific region to enhance laws for the protection of household workers, a sector that is seen to grow in the coming years given ageing populations across countries.

In its new report, titled Making Decent Work a Reality for Domestic Workers: Progress and Prospects in Asia and the Pacific, the ILO said more than half of domestic workers continue to be excluded from labor laws and work under informal conditions.

The report launched Wednesday showed 61% of domestic workers in the region are not covered by minimum wage and other laws, 71% have no limitation on normal working hours, 64% have no weekly rest days, 63% have no annual rest days, 68% are not entitled to maternity leaves and maternity cash benefits, among other benefits.

“Although the report clearly shows progress in legal coverage, it also lays bare the large gaps in the implementation of these laws…. Their wages and working hours, on average, are far less favourable than those of other workers,” ILO Director-General Guy Ryder said in the report.

“Indeed, there remains a long road ahead for many domestic workers in getting access to decent work. Yet domestic work is a sector that is likely to grow in light of ageing populations and their increasing need for long-term care. Closing these existing gaps is therefore even more of a priority,” he said.

The ILO also recommended the following: removal of administrative barriers; simplification of registration and contribution procedures, including through digital technologies; and the conduct of inspections for occupational safety and health.

PHILIPPINES
The report noted that the Philippines is the only country in Asia that ratified the Domestic Workers’ Convention in 2011. A year later, it passed Republic Act 10361 or the Kasambahay Law that set a minimum wage, benefits, and improved terms of employment.

But the reality on the ground shows working hours remain long and benefits are not widely given, according to the Philippines’ Department of Labor and Employment (DoLE).

Alice Q. Visperas, director of DoLE’s International Labor Affairs Division, said during the online launch of the report that challenges remain in the implementation of the Kasambahay Law.

She said DoLE’s Kasambahay Rider Survey revealed that live-in domestic workers in the country still work nine to 12 hours a day, and that 83% are still not covered by any social welfare benefit.

She said the department is looking to “intensify advocacy and improve administrative mechanisms” at both the national and local government levels.

One key step is the registration of domestic workers at the community level through the barangay, the smallest political unit in the Philippines, to ensure the delivery of social welfare benefits. — Bianca Angelica D. Añago